More than 1,600 users of online ticket giant StubHub have become victims of a cyber fraud scheme that spanned from New York to Russia, the Manhattan District Attorney’s office announced Wednesday.

The DA’s office said that six people hacked StubHub user accounts, stole their credit card information and used that information to make fraudulent ticket purchases and transfer the profits to a global network of accomplices in the U.S., Canada, the U.K. and Russia. The six defendants face a combined 19 misdemeanor and felony charges.

1. The Ring Defrauded StubHub of $1 Million

It's a beautiful day for #baseball! Grab your shades, we've got your tickets. http://t.co/lALv3RyOxL pic.twitter.com/mmBuvO3dZH

According to the DA’s office, StubHub lost $1 million through the ring, which used credit card information from users in the United States to purchase tickets and launder profits through British-based bank accounts.

In March 2013, StubHub discovered more than 1,000 accounts that had been compromised and attempted to block access to the accounts. But the criminals involved were able to circumvent the measures by using new credit card information from new victims, rather than pre-existing card information, the DA’s office said.

2. The Tickets Purchased Were for Major Events in New York

The purchased tickets were sent to a group of people in New York and New Jersey to be resold within hours of major events, according to the release.

Some of the tickets purchased were for concerts featuring Justin Timberlake and Jay-Z, Elton John and Marc Anthony. The ring also resold tickets for New York Yankees baseball games, Giants and Jets football games and the U.S. Open. It even resold tickets for Broadway shows, including The Book of Mormon.

3. The District Attorney’s Office Wants People to Call if They Think They’ve Been Defrauded

In the release, District Attorney Cyrus Vance said the crimes all began with similar security breaches, including stolen passwords, unauthorized credit card usage or unaccountable purchases on personal statements. He encouraged anyone who thinks they have been defrauded to call the DA’s Cybercrime and Identity Theft hotline at 212-335-9600.

The DA’s office encouraged people to do the following to avoid identity theft:

— Monitoring your accounts daily for unusual activity
— Never sharing your password
— Frequently changing your passwords
— Never using the same password for more than one site
— Reporting any concerns to law enforcement.

4. 6 People Were Indicted in Connection to the Cyber Fraud

The release lists six individuals that were indicted on various misdemeanor and felony money laundering and criminal possession of stolen property charges. Their names are:

5. The Arrests Were Made With Help From London and Canadian Police

In the release, District Attorney Cyrus Vance thanked the City of London police and the Royal Canadian Mounted Police for their help in the case. He said:

Cybercriminals know no boundaries – they do not respect international borders or laws. Today’s arrests and indictment connect a global network of hackers, identity thieves, and money-launderers who victimized countless individuals in New York and elsewhere. The coordinated actions of law enforcement officials in New York, New Jersey, the United Kingdom, and Canada demonstrate what can be achieved through international cooperation. I thank all of our partners, including the City of London Police, Royal Canadian Mounted Police, the United States Secret Service, and the NYPD for their integral assistance with this investigation. 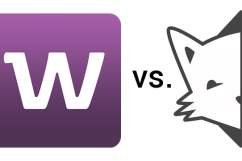