A woman has died on board an US Airways flight from Honolulu to Phoenix, reports ABC Arizona.

The Associated Press, quoting Fire Capt. Benjamin Santillan, said that the deceased was a woman in her 50s. She lost consciousness while the plane was mid air and was pronounced dead after the plane landed in Sky Harbor. The exact cause of the woman’s death has not been announced.

The flight was US Airways flight 693. According to Flight Aware, it left Honolulu at 10:29 p.m. local time and landed in Phoenix at 6:45 a.m. Mountain time. 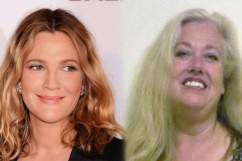 Loading more stories
wpDiscuz
0
0
Would love your thoughts, please comment.x
()
x
| Reply
A woman has died on board an US Airways flight from Honolulu to Phoenix.