The World Cup quarterfinals begin Friday when world heavyweights France and Germany meet in the Maracana at noon Eastern time.

Brazil and Colombia will play Friday at 4 Eastern, followed by Argentina and Belgium on Friday at noon and the Netherlands against Costa Rica Friday at 4.

The United States may have been eliminated, but there’s plenty of soccer left to be played.

Here’s what you need to know about the last eight:

1. Brazil’s Neymar May Be Injured

Brazilian superstar Neymar may be carrying injuries to his left thigh and right knee, the BBC reports. The injury is a major concern for the Brazilians, who need every weapon they have against the hugely impressive Colombians.

Neymar, who scored the team’s fifth penalty kick in last week’s shootout win over Chile, may be rested during training, but will definitely play against Colombia, according to a Brazilian soccer spokesman.

Brazil coach Phil Scolari told the media that he’s angry with the ref in the game against Chile, Howard Webb, for not protecting Neymar more throughout the game. Big Phil said at a press conference:

Neymar needs to be valued for what he did because it was a big effort. He played 75 minutes of the match after a strong hit on the thigh and we couldn’t understand how somebody hits with that strength and gets no card.

2. Germany & France Will Be a Classic

France-Germany will be one of the most anticipated games of the tournament. As you may know, there’s a little bit of history there. German coach Joachim Low told the media:

France versus Germany has always been a classic, they were always very dramatic and tense. France after 2010 and 2012 with (coach Didier) Deschamps have developed very well, they are strong and fighting, in midfield and defence. Up front they have (Karim) Benzema and (Olivier) Giroud. So Germany-France has always been played with a high tension.

Amazingly, the teams have only met once in the World Cup since the astonishing 1982 World Cup semifinal in which Germany came from 3-1 down to win on penalties. It was the first time a World Cup game was settled by penalties. The game is mostly remembered for German goalie Toni Schumacher’s assault on French striker Patrick Battiston. Relive the game here: 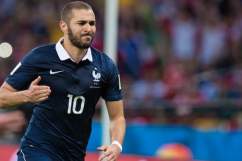 Despite playing 120 tough minutes in their penalty victory over Greece, the Costa Ricans are hopeful that their dreams can live on against the Netherlands on Saturday. The dream is definitely alive in Costa Rica, where demand is outweighing supply for the team’s jersey, reports The Guardian. Costa Rica is one of only five teams (out of 32) at the tournament who don’t have their equipment made by either Nike, Adidas or Puma. The shirts are manufactured by Lotto. You can buy one here on Amazon.

The Netherlands are the heavy favorite going into their game with Costa Rica on Saturday, but nobody thought that the Central American team would even get out of its group. 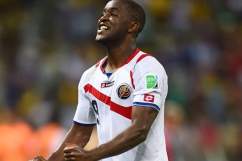 4. Fresh Off of Ousting the U.S., Belgium Takes on Argentina

After the Belgians destroyed U.S. hopes of a miraculous World Cup quarterfinal appearance, plenty of U.S. fans will be supporting Lionel Messi and Argentina against the Red Devils.

Belgian coach Marc Wilmots has claimed that the Argentina team “lacks discipline.” While his captain, the injury-prone Vincent Kompany is insisting that Belgium has a serious chance against Messi.

There are question marks over the Argentinian defense, and with Romelu Lukaku finally scoring, there could be even more cause for concern. After his goal against the U.S., Lukaku told the media:

I almost cried after my goal. It was the greatest moment of my life. Scoring at the World Cup at the age of 21 is something I’ve trained for since I was a boy. 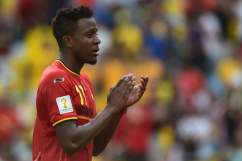 5. Despite its Problems, Brazil Is Still the Favorite

Trading at an average of 11/4, Brazil is still the favorite to win the World Cup at most betting sites. You can get a solid 3/1 at William Hill on the samba stars to go all the way. Considering some of its wonderful performances so far, France looks like a good bet to win the tournament at 8/1 from Paddy Power.

The biggest longshot is Costa Rica, which Bet 365 lists as a 66/1 underdog. Greece entered the 2004 European championship with similar odds and took home the title. 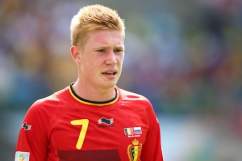