Ali Muhammad Brown, a murder suspect already wanted in Seattle, has been charged with the murder of teenager, Brendan Tevlin. Brown is already facing death penalty charges in Washington for the murders of Dwone Anderson Young and Ahmed Said in July, reports NJ.com. After escaping the Seattle area, Brown was arrested in New Jersey on July 18.

1. Brendan Tevlin Was Shot Dead While Waiting at a Traffic Light

The Essex County Prosecutor, Carolyn Murray, identified Brown as the suspect in the murder of 19-year-old Brendan Tevlin. CBS New York reports that Brown has been arrested with New Jersey-based associates Jeremy Villagran and Eric Williams. Tevlin was found shot to death inside of his SUV in West Orange, New Jersey on June 25. According to NBC New York, police believe the gun used to kill Devlin was the same one used in the murders of Dwone Anderson Young and Ahmed Said. Brown said, while in police custody, that the murder of Tevlin was due to US military activity in Iraq and Syria.

In September 2014, the case of Tevlin was taken up by Todd Pettengill of The Todd Show, according to NJ.com.

The radio host described Tevlin’s murder as proof that “domestic terrorism is already here.” Brown had

2. Brown Is a Devout Muslim

Some of Ali Brown’s likes on social media. (Facebook)

Cops in Seattle believe that the murder of Dwone Young and Ahmed Said in Seattle were hate crimes. There is further speculation that Brown’s devout Muslim-beliefs may have been a motive. On his Facebook page, Brown makes his faith very clear. The last activity on the page was Brown joining a group called “Remove the PAGE ‘ALLAH IS A CRIMINAL.'”

Between 2002 and 2004, Brown, along with three accomplices, successfully defrauded Bank of America, Washington Mutual, Wells Fargo and others out of large sums of money. The scam involved “depositing counterfeit and fake checks then withdrawing funds before the checks were returned.” Brown served time in federal prison as a result.

Then in March 2012, Brown pleaded guilty in “communication with a minor for immoral purposes.” As a result, he did a further year in prison, according to the Seattle Times.

4. Brown Has Terrorist Ties in Somalia

The Seattle Times reports that Brown may be a jihadi. The paper reports that Brown has ties to extremist groups in Somalia. After his arrest in 2004, an FBI informant said that there had been “a lot of jihad talk” among Brown and his accomplices. Though the informant added “most of the money went into their pockets.”

5. He’s a Native of Seattle

According to his Facebook page, Brown is an “entrepreneur.” He lists his hometown as Seattle but says that he lives in Kent, Washington, 27 miles south of Seattle. 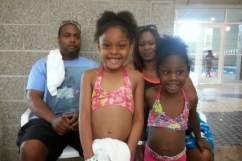