If you’ve been on Facebook, Twitter, or Instagram in the past few days, you may have seen videos of people dumping buckets of ice water over the heads. But this isn’t just a silly shtick– it’s all part of a movement to raise money for ALS, otherwise known as Lou Gehrig’s Disease.

Here’s what you need to know about the ALS Ice Bucket Challenge.

1. The Movement Is Dedicated to Pete Frates

29-year-old Pete Frates was diagnosed with ALS two years ago. He married his wife, Julie, in June 2013, and the two are expecting a baby in September. Frates started the Ice Bucket Challenge with his family and friends on social media sites to raise awareness for the disease, and the challenge immediately went viral.

While Frates posted his own ice bucket challenge video, he chose not to pour the ice water over his head, as patients with ALS find it difficult to sense hot and cold and therefore regulate their body temperature. Frates chose instead to do a head bop to “Ice, Ice Baby.”

2. If You Don’t Accept the Challenge You Must Donate $100

Those who fail to step up to the challenge must donate $100 to an ALS charity of their choice.

On Tuesday night, NewsCenter 5’s Jorge Quiroga accepted the challenge, and asked anchors Ed Harding and Heather Unruh to take the challenge. The two accepted live on the air, and said they would share their video over the next 24 hours.

We were egging him on all afternoon to do it! And he kept saying no! Oh Jorge, we accept! We accept. And we’ll do it live.

Later that night, WCVB asked their viewers to donate $100 each, and were able to raise over $6,000 in just a few hours. They challenged Ellen DeGeneres and Jimmy Kimmel in return. You can check out the anchors accepting the Ice Bucket Challenge in the video below.

Amyotrophic lateral sclerosis (ALS) is a progressive neurodegenerative disease that targets the nerve cells and spinal chord. The disease is characterized by degenerating motor neurons that send messages from the brain to the spinal chord and muscles. Thus, when the motor neurons die, the brain loses its ability to make body parts move. About 5,600 people in the US are diagnosed with the disease each year, and its incidence is two per 100,000 people, according to ALS.org.

ALS is not completely understood by medical professionals, but recent scientific research has helped doctors better understand the disease’s physiology. To date, ALS has no cure, but there is an FDA approved drug called riluzole that has proven to slow down the degenerative process of the disease.

4. Boston Police Have Accepted the Challenge

This is not just your elderly grandfather that gets ALS. It can be young people.

Pete’s father went on to say that the movement has shown him the “goodness” of people and the power a collective group can have. On August 5, Boston Police lined up to accept the challenge. They nominated the Boston Fire Department to continue the chain. You can watch the video above.

5. Celebrities Have Taken The Challenge

Sports stars all around the country, like Doug Flutie, Jason Varitek, Brad Marchand, Julian Edelman, and Matt Harvey have accepted the challenge to keep the chain going. 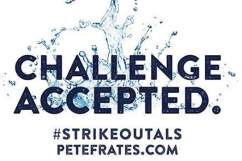 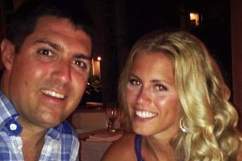 Loading more stories
wpDiscuz
4
0
Would love your thoughts, please comment.x
()
x
| Reply
The ALS Bucket Challenge, in honor of former BC baseball captain Pete Frates, is a campaign to raise money for ALS, also known as Lou Gehrig's disease, which affects the nerve cells in the brain and spinal chord.