James Knowles is the under-fire Mayor of Ferguson, Missouri. His city has come under intense media spotlight after the shooting death of Michael Brown on August 10. The black 18-year-old was unarmed when he was gunned down by an on-duty cop.

Since the killing, the city of Ferguson has been subject to mass protests, hacking and looting. Knowles has pleaded with the looters to stop, has canceled protests, and told the media “We want people to have faith in the process.” Earlier he had defended the officers’ policing of the looting, saying “The officers did their best. They’re only human.”

Here’s what you need to know about the mayor of America’s most controversial city:

As a member of the GOP, Knowles was the president of the Missouri Young Republicans while he was a student at the University of Missouri. According to St. Louis Public Radio, Knowles is “one of the few Republicans who hold elected office in north St. Louis County.”

2. He’s One of the Youngest Mayors in Missouri

Knowles was elected Mayor of Ferguson back in April 2011 at the age of 31. He got 49 percent of the vote, defeating a former mayor, Steve Wegert. The electorate chose “mostly fresh faces” during that election, according to the website of North St. Louis County.

3. One of His Hobbies Is ‘Shooting’

According to Knowles’ LinkedIn page, among his interests are “sport shooting.” He also says that he enjoys hunting, fishing, traveling, history and cooking.

4. He Wanted Brendan Ryan to Remain With the St. Louis Cardinals

Brendan Ryan is hit by a pitch while playing for the Cardinals on April 9, 2009, at Busch Stadium in St. Louis. He was traded to the Seattle Mariners in 2010. (Getty)

Knowles, along with 13 other people, was a member of a Facebook group that wanted to keep shortstop Brendan Ryan with the St. Louis Cardinals. Most other groups that Knowles is a member of are related to Republican-activities in Missouri.

Knowles was a frat boy, a member of the Lambda Chi Alpha – Phi Psi Zeta fraternity at Truman State University. On his LinkedIn, Knowles says that he attended Truman between 1997 and 2002, obtaining a degree in political science.

In a posting on his Facebook page in February 2013, Knowles wrote about his disagreement with the analysis that white people were leaving Missouri’s cities. He said:

For the first tIme in a long time, people are choosing to move to Ferguson and choosing to stay if they have the choice. Ferguson has a formula that works, the question is will other declining areas follow the lead of Ferguson or fall victim to the same failed policies that destroyed many of the old North County communities? 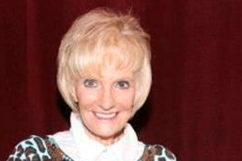 Loading more stories
wpDiscuz
26
0
Would love your thoughts, please comment.x
()
x
| Reply
James Knowles is the under-fire mayor of Ferguson, Missouri. His city is under the media spotlight after the shooting death of unarmed teen Michael Brown by police.