Gia Arnold, a 24-year-old Republican candidate in the New York state senate race has dropped, of contention due to an extramarital affair she conducted. Arnold made the announcement via her Facebook page.

1. Arnold Says She Was in an ‘Already Declining Marriage’

In the statement, Arnold makes reference to using the affair as an excuse to get out of an “already declining marriage.” She added that affair began in early August. Due to running her campaign on the principles of honesty and integrity, Arnold stated she could no longer continue. She has three children with her husband aged between 2 and 5.

Speaking to the Daily News, Arnold said that she is still in a relationship with the person she had the affair with.

Arnold said on Facebook that she will not attend any further events relating to her campaign. She says all of the cash she raised will be donated to charity. Earlier, she said on social media that her campaign raised a total of $6,654 and that $3,186 was remaining.

3. Arnold Called Herself the ‘Non-Establishment’ Candidate’

She was set for a showdown GOP primary with the Mayor of North Tonawanda, Robert Ortt. The two were competing to the Republican nominee for the 62nd District Senate seat which is being vacated by George Maziarz (R). Arnold was running as the Republican “non-establishment” choice. She is a native of Holley, New York.

4. Her Affair Began on August 1

Speaking to the New York Post, Arnold said that she began her affair on August 1 because of “an unhappy marriage [that] led to to poor decisions.” She added, “My character will be judged and that’s expected.”

On her Facebook page, Arnold identifies herself as a “Libertarian, Republican Tea Party, Conservative.” She also says she’s a Christian and in 2013, she was voted the Outstanding Citizen Award for Orleans County. On July 27, she called New York Governor Andrew Cuomo an “American Tyrant.” 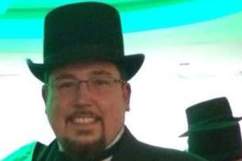 Loading more stories
wpDiscuz
0
0
Would love your thoughts, please comment.x
()
x
| Reply
Gia Arnold is a 24-year-old, mother-of-three, who dropped out of the New York Senate after admitting to an affair.