James Jeffords, the former-Republican senator who famously tipped the scales against the GOP when he left the party in 2001, has died at the age of 80, reports the Burlington Free Press.

1. He Died in a D.C. Retirement Facility

2. Jeffords Was Vermont’s Most Prominent Republican

He was the last Republican to hold federal office in Vermont. Since Jeffords left the party, the GOP in Vermont have struggled. The Burlington Free Press reported in June about how desperate the party were for money in the state.

Jeffords retired in 2007 as his Alzheimer’s disease began to take hold. Vermont’s Democratic Senator Patrick Leahy paid tribute to Jeffords in a statement:

He was a partner in our work for Vermont, and he was a friend. He was a Vermonter through and through, drawn to political life to make a difference for our state and nation. Part of his legacy will also stand as an enduring chapter of the Senate’s history.

Jeffords was a Yale and Harvard educated lawyer. In addition to his eminent qualifications, Jeffords was in the U.S. Navy from 1956 until his retirement as captain in 1990. 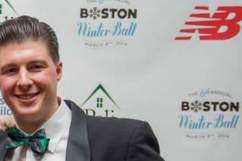 Read More
5 Fast Facts, Breaking News, Deaths, Politics, R.I.P.
James Jeffords, a former Republican senator from Vermont, has died at the age of 80. Jeffords tipped the scales against the GOP in 2001 when he left the party.