The search for missing Oregon mother Jennifer Huston reached a tragic conclusion Tuesday morning after cops found her dead near her SUV. According to The Oregonian, Huston’s SUV was found on a rural logging road where it was discovered by a nearby property owner.

The Oregonian reports Newberg-Dundee police announced Wednesday that Huston had died of suicide by asphyxiation after parking her SUV along a rural logging road in Sheridan, Ore.

We don’t know what led Jennifer to this dark place and to this end and perhaps never will understand this.

We are incredibly thankful to family, friends, community and media for their searching, supporting and getting the information out that led to locating Jennifer’s car and finding Jennifer.

Additionally, we are grateful for the support of those who took the time to share their words of encouragement and prayers on FaceBook and helped fund the extensive search efforts.

This community really came together to support this effort as so many could relate to a mother of two small children and a husband desperately looking for his wife.

We also appreciate all the efforts of the Newberg-Dundee Police Department with support from other law enforcement agencies, on our behalf to find Jennifer.

Lastly I’d like to thank the media for the viral coverage to get the message out of our search for Jennifer. We appreciated the sensitivity to our desperate search for her.

At this time we respectfully ask for privacy from the media for Kallen (Jennifer’s husband), the boys and our extended family and friends.

The family will be holding a Celebration of Life at a yet to be determined date, time and location.

According to the Find Jennifer Huston Facebook page, she was last seen at a Circle K/76 gas station in Newberg, Oregon at 6:22 p.m. on July 24. She had been wearing black yoga pants and pink and black Nike sneakers. A formal search for Huston ended on Saturday, according to KOIN. Cops say Huston was found wearing the same clothes she was when she disappeared.

3. Her Car Was Found in a Heavily-Wooded Area

The Associated Press reports Huston and her SUV were found in a heavily-wooded area 25 miles southwest of her home in Dundee, Oregon. Newberg-Dundee Police Capt. Jeff Kosmicki told the AP he was fairly certain search helicopters had flown over the area in which Huston was found, adding:

As you know, a lot of Yamhill County is pretty rural and wooded areas. So that would make it absolutely difficult to find.

4. She Was About to Celebrate Her 10th Wedding Anniversary

According to the Associated Press, Jennifer and her husband Kallen would have celebrated their 10th wedding anniversary next week. ABC News reports the couple have two sons, ages two and six. Before Jennifer Huston’s cause of deathw as announced, Kallen Huston told ABC News his wife wouldn’t have left the family by choice, saying:

She wouldn’t leave all of us. She just wouldn’t do this. Everybody who knows her agrees.

5. Huston’s Disappearance and Death Has Been Heartbreaking for Her Community

According to The Oregonian, Huston’s neighbors were stunned by her disappearance and death. Anna Douthit, a neighborhood resident, said, “Everybody was sad there. This is a close-knit community. [The Hustons’] are the first thing we think about when we wake up in the morning.”

Huston’s family has received an outpouring of support on social media. Here are a few of the posts you should see:

Its unbelievable knowing such a wonderful person is gone. RIP Jennifer Huston. Praying for you and your family.

my heart goes out to jennifer huston's family and friends. #RIP ❤?

The family has asked that they be left alone to grieve. 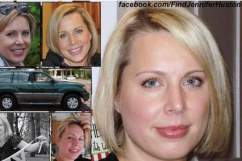 Loading more stories
wpDiscuz
5
0
Would love your thoughts, please comment.x
()
x
| Reply
Jennifer Huston, an Oregon mother who had been missing for nearly two weeks, was found dead near her SUV Tuesday morning. She was only 38.