Adam Joseph Barney was arrested on suspicion of killing a 14-month-old toddler. The child was his girlfriend’s daughter. Barney is being held without bail in Ogden, Utah, facing charges of felony child abuse homicide, reports the Salt-Lake City Tribune. The attack happened on the night of August 26.

2. There Were 2 Other Kids in the Room When the Baby Was Killed

There were two other children in the unit at the Western Colony Inn, a motel in Ogden, at the time of the attack. Those children, ages 5 and 3, have been taken into protective custody.

3. He Was Looking After the Kids Alone at the Time of the Death

Barney was entrusted with caring for the three children when the toddler died. The Ogden Standard-Examiner reported that the toddler’s mother was working at the time of the attack.

He has been described as the “live-in” boyfriend of his girlfriend, according to KUTV.

5. At the Time of His Arrest, Barney Had 2 Other Warrants

Barney was arrested at the scene without incident. He also had two outstanding warrants for his arrest. Nicole Vowell, a reporter with KSL-TV, tweeted that Barney called 911. 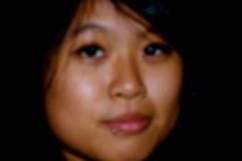