1. Phillips Was Murdered at a Gas Station in Minnesota

Phillips was arguing in a BMW with his ex-boyfriend, current business partner Lyle “Ty” Hoffman when Hoffman pulled the car into a gas station in the city of Arden Hills, Minnesota.

According to murder witness Josh Polos:

…the two men got out of the car and the driver shot the other man three times — the last shot being in the head from close range as Phillips pleaded for his life.

Phillips was shot in the back, in the head, and was then run over as Hoffman fled the scene.

2. Hoffman is the Only Suspect & is Still at Large

As of Thursday, Hoffman has yet to be apprehended by police.

His whereabouts are currently unknown, but his abandoned car has been found.

According to the Star Tribune:

Police swarmed an area near the Anoka County-Blaine airport, not far from where authorities found the BMW driven by the man who shot Phillips.

Authorities searched the two hangars, believing that Hoffman may have slept inside one of them because he was familiar with the area and knew how to get inside at least one of the buildings

No gun has been found, and authorities still don’t know why Phillips would have been in Hoffman’s car Monday morning.

Before the two men were business partners, Phillips and Hoffman used to date. They were together for nearly a decade.

During this time, they opened a popular Minneapolis gay bar called Lush Food Bar, along with other business ventures.

Then within the last year, the relationship soured. Phillips had Hoffman evicted from a home he owned.

Disputed reports claim that Hoffman had started to become violent towards Phillips.

Hoffman’s sister, Dawn Gominsky, meanwhile defends her brother and says that Phillips was a “sneaky lawyer” who continually screwed her brother over financially after their break-up.

4. Phillips was a Vice President & Lawyer

Phillips was an attorney and a vice president at Boston Scientific.

Phillips was vice president and chief counsel, worldwide businesses for Boston Scientific, a corporate official said Tuesday. He had been employed for 14 years with Boston Scientific, a leading medical device company, and was based out of the company’s Arden Hills offices. The crime scene was about 2 miles from where Phillips worked.

5. Phillips was Key in Getting Marriage Equality in Minnesota

Minnesota legalized marriage equality on May 14, 2013 and was the second Midwest state to do so.

Kelly Phillips was a gay marriage activist before its legalization, contributing financially and volunteering his time for the cause. 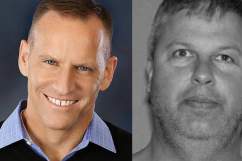