Kelsey Zachow, a 24-year-old single mother living in Port Huron, Michigan, has stepped forward as a latest Mega Millions winner. She bought her ticket for the June 13 drawing and was finally revealed on July 31 as the recipient of a $66 million jackpot. She elected to take the lump sum payment of $38 million, or $27 million after taxes.

1. She Works 2 Jobs to Support Her Family

Zachow, who has two kids with her boyfriend, Billy, works two jobs to help support her family. Zachow works as a medical assistant at Henry Ford Macomb-Clinton, and spenders her nights working as a bartender in Mount Clemens, Michigan.

2. She Said She Would Use the Money to Set Up College Funds

Speaking to ABC 15 and The Macomb Daily, Zachow said she would use the money to create college funds for her two children and her baby brother. When asked if she would set side some money for fun, she said she hadn’t decided yet. She also hired a lawyer and a financial manager to help with the windfall.

3. She Could ‘Barely Breathe’ When She Found Out

In an interview with ABC 15, Zachow described what it was like to find out she had won the lottery saying:

When the clerk at the store told me I had a big winner I was positive that he was mistaken. There was a long line in the store behind me, so I decided to leave and looked the numbers up on MichiganLottery.com when I got into my car. That’s when I realized I had won the jackpot and could barely breathe. I was screaming ‘I won! I won!’ at the top of my lungs and he came running into the room. I was yelling so much that he thought I had been in a car accident or hit someone on my way home. I told him I had a $66 million ticket in my hand and he didn’t believe me. He finally looked at the ticket and couldn’t believe his eyes.

4. She Bought the Ticket at a Gas Station

In the video above, you can hear Zachow and her mother talk about what they’re planning to do with the money.

5. The Next Mega Millions Jackpot Is up to $87 Million

On July 30, the current Mega Millions jackpot prize was upped to $87 million after no one picked the winning numbers on July 29. 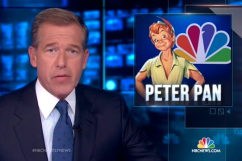