#Eagles acquire running back and returner Kenjon Barner from Carolina for a conditional 7th round draft pick in 2015. pic.twitter.com/1ESvwiJ921

Kenjon Barner is being reunited with Chip Kelly.

The Eagles announced that they sent a conditional 7th-round draft pick in 2015 in exchange for Barner.

Barner, a consensus All-American in 2012 at Oregon, was drafted by Carolina in the sixth round of the 2013 draft. He played a limited role for Carolina last year, playing mostly on special teams and carrying the ball just six times for seven yards. 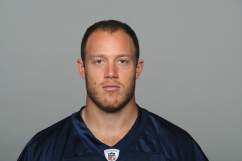 Loading more stories
wpDiscuz
0
0
Would love your thoughts, please comment.x
()
x
| Reply
The Carolina Panthers traded Kenjon Barner to the Philadelphia Eagles, where the Oregon product will be reunited with coach Chip Kelly.