Repeat stowaway lady Marilyn Hartman succeeds in getting to LA without a ticket, gets arrested.http://t.co/IVXUku7aqh pic.twitter.com/OFPVgMRHlN

Marilyn Jean Hartman has a history of trying to sneak on board flights. On Monday night, the 62-year-old woman successfully managed to fly from Mineta San Jose International Airport to Los Angeles’ LAX without a boarding pass, according to NBC.

1. She’s Tried To Do This Before

This is the third time this year Hartman has gotten through security without a ticket. On Monday night, she bypassed the document checkpoint of San Jose International Airport before boarding the LA-bound flight.

Earlier this year, Hartman was placed on probation for attempting to sneak through San Francisco International Airport and onto a flight bound for Hawaii three different times– February 15, 18, and 20. During her first attempt, Hartman made it through security and onto an airplane, but was asked to leave when the actual ticketholder arrived at their designated seat. On the second occurrence, she was stopped at a security gate and asked to leave the airport. The third time, Hartman was found with a discarded boarding pass and arrested, says CBS San Francisco.

In March, Hartman pleaded no contest to two different accounts of misdemeanor commercial burglary, according to CBS Local. The commissioner told Hartman to stay away from the airport unless she had a legitimate ticket to fly.

2. She Snuck In Behind a Family

After 6 failed tries @fly_sfo, serial stowaway Marilyn Hartman has made her way to LAX from SJC. Details up next. pic.twitter.com/GELBe6JF2S

According to authorities that arrested Hartman at LAX, the TSA agent checking tickets and IDs missed Hartman when she snuck behind a family to get on board. She’s now being labeled the “serial SFO stowaway” by different media outlets, including San Jose Mercury News.

Airport patron John Ector vocalized his concern with the incident:

You know one single person able to do something like that, it does raise the hackles on the back of the neck a little bit.

3. She Knows She Made a Mistake

Hartman regrets her decision to board the plane. On Thursday, she plead no contest to a misdemeanor charge of trespassing. Hartman has refused to say how exactly she got on the flight because she doesn’t want others to copy her. She told NBC,

It is by no means an adventure or anything because I could have gotten in much more trouble. I am an American foremost and I believe very strongly in the security of this country, so in that regard, it was very stupid.

TSA has already implemented changes to the document-checking process at San Jose International.

4. She Was Arrested Once She Landed In Los Angeles

It wasn’t until flight crew conducted a headcount after landing at LAX that they realized an additional person had boarded the Southwest Airlines flight. Hartman was arrested immediately upon landing.

In April, Hartman pleaded not guilty to charges of trespassing and violating a court order. Her bail was set for $25,000. Investigators who talked to Hartman told SF Weekly she was:

Well-groomed, well-spoken, and articulate. It’s evident she’s thinking abut what she’s doing, but she does not want to go to a shelter because in her mind there’s no difference between that and jail.

5. She Has Cancer And Wants To Go Somewhere Warm

After Hartman was arrested in March, she told authorities she has cancer and wants to go somewhere warm. According to CBS Local, the information may have been fabricated. At the time, prosecutors in San Mateo County said they thought Hartman was merely “lonely”.

District Attorney Steve Wagstaffe told SF Weekly that Hartman is not mentally inadequate in any way.

Detectives interviewed her in pretty good detail and there was no evidence of mental illness. She’s not delusional, she’s not confrontational, this is not a woman who says ‘I know what the law is but I’m going to gonna violate it anyway.’ There’s no anger expressed. It causes me to have concern about why she keeps coming back. 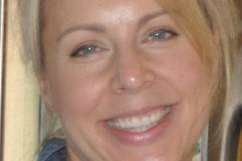 Loading more stories
wpDiscuz
2
0
Would love your thoughts, please comment.x
()
x
| Reply
62-year-old Marilyn Jean Hartman managed to sneak onto a flight headed to Los Angeles on Monday by hiding behind a family.