Mario Balotelli is heading back to the English Premiere League.

The superstar Italian striker said goodbye to his A.C. Milan teammates Thursday amid reports that Liverpool was finalizing a deal to acquire him for $26 million.

A.C. Milan, which Balotelli joined last year after spending four years with Manchester City in the Premiere League, confirmed in a statement on its website that Balotelli left the team at 1:30 local time Thursday after saying goodbye to his teammates and the club’s press staff.

The club did not say where Balotelli was headed, but he’s been widely linked to Liverpool.

2. Liverpool’s Manager Said Earlier This Month That Balotelli Would Not Be Coming to Liverpool

As the Daily Telegraph notes, Liverpool manager Brendan Rodgers emphatically told reporters earlier this month during the club’s tour of the United States that Balotelli would not be joining the club.

“I was asked the question about Balotelli last week and spoke about what a talent he is and excellent player he is,” Rodgers said. “But I can categorically tell you that he will not be coming to Liverpool.” 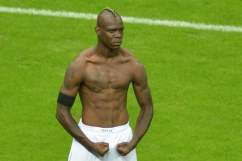 3. Liverpool Is Desperate for a Striker After Losing Luis Suarez to Barcelona

Liverpool has been in desperate need of some star power after selling Luis Suarez to Barcelona earlier this year. Barcelona will be without Suarez’s services for four months after he was suspended for biting another player while playing for Uruguay last month in the World Cup. 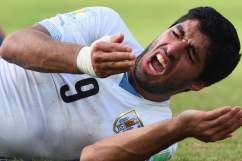 4. Balotelli Made More Than $32 Million While Playing for Milan

Balotelli was reported to have earned about $32.3 million last year in salary and bonuses. Since he left Manchester City for Milan in January 2013, Balotelli has made 37 appearances and scored 26 goals.

5. Balotelli Had a Rocky Tenure With Manchester City

The 24-year-old Balotelli had an up-and-down tenure with Manchester City.

He won the Golden Boy award in 2010 as the top young player in Europe and later helped lead the club to the FA Cup title in 2011, when he was named Man of the Match in the tile match.

But he was frequently criticized for a lack of on-field composure and was suspended four four games in 2012 for violent conduct. 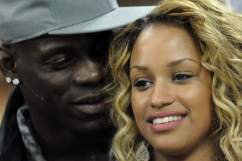 Loading more stories
wpDiscuz
0
0
Would love your thoughts, please comment.x
()
x
| Reply
Mario Balotelli is heading back to the English Premiere League after Liverpool struck a transfer deal with A.C. Milan for the Italian striker.