The plans were announced August 19 by Benjamin Crump, one of the lawyer’s representing Brown’s family.

Here’s what you need to know about the service:

1. The Funeral Will Take Place August 25 in St. Louis

The Austin A. Layne Mortuary, which is handling the funeral arrangements, told the Associated Press that the service will be held August 25 at the Friendly Temple Missionary Baptist Church in St. Louis.

Brown’s uncle, the Rev. Charles Ewing, will deliver the eulogy, and the Rev. Michael Jones will officiate the service.

2. Al Sharpton Will Speak at the Service

The Rev. Al Sharpton, who has appeared with Brown’s parents at events over the past week, will speak at the service. (Watch the video above for a clip of Sharpton speaking at a rally last week.)

Sharpton, a civil rights activist who runs the National Action Network, also led a rally last Saturday in New York to denounce what he called a “smear campaign” against Brown following the release of surveillance images showing that Brown had stolen a pack of cigars from a convenience store minutes before he was shot dead by officer Darren Wilson.

He’s also denounced the extremely low voter turnout among black Ferguson residents, which was 12 percent in 2012, and encouraged residents to register at registration drives that have popped up around town.

Lesley McSpadden and Michael Brown Sr., the parents of Michael Brown, at an event at the Greater Grace Church. (Getty)

Brown’s family and lawyers set up an online memorial fund called Michael Brown Memorial Fund on the fundraising site gofundme.com last week, and as of the morning of August 20, the fund had raised more than $100,000 to help pay for the funeral and other expenses for Brown’s family.

Here’s the message on the fund’s web page, written by Crump:

Michael Brown was an 18 year old that was killed by a Ferguson Police Officer on Saturday, August 9th. His family is now seeking justice for Michael’s death. Their pursuit for justice will be lengthy and hard but with the support of the community they will get justice. If you are willing to support Michael’s family please donate to Michael Brown’s Memorial Fund. These funds will assist his family with costs that they will acquire as they seek justice on Michael’s behalf. All funds will be given to the Michael Brown family. We appreciate your support.

4. A Benefit Concert Is Planned for Sunday, August 24

A concert to raise money for Brown’s family is scheduled for Sunday, August 24 at the Plush concert venue on Locust Street in St. Louis.

The show will take place on the venue’s main state and start at 4:30 p.m. Central time. Doors open at 4. Tickets are $5, and organizers said 100 percent of the show’s proceeds will be donated to Brown’s family.

5. The Funeral Is Being Planned as Conflicts Continue Between Demonstrators & Police

Demonstrators stand in a cloud of tear gas after the protest was attacked by police on August 17 in Ferguson. (Getty)

The funeral is being planned amid continued conflicts between police and demonstrators, even as some protesters have begun to leave Ferguson.

Johnson said at a 2:15 a.m. news conference that crowds were smaller Tuesday than they were Monday, but that “criminals and agitators” threw bottles, some filled with urine, at police, according to the Post Dispatch. 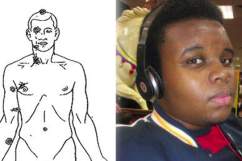 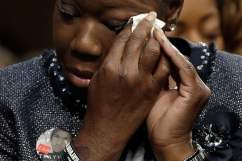 Loading more stories
wpDiscuz
1
0
Would love your thoughts, please comment.x
()
x
| Reply
Michael Brown's parents are planning a funeral for their son scheduled for Monday as protests continue in Ferguson.