A Spanish priest who contracted ebola while performing missionary work in Liberia is now the first person to be treated in Europe for the virus.

Miguel Pajares had spent a total of five decades working as a missionary in Liberia, according to The Telegraph. Pajares was taken to a hospital in Madrid, where a special isolation ward was set up for him.

1. He Said He Felt ‘Abandoned’ in Liberia

According to The Spain Report, Pajares told Spanish news agency EFE he felt “abandoned” after being diagnosed in Liberia and wanted to get back to Spain. “I’m frankly in a bad way. I can’t lift my head up,” Pajares told EFE.

According to the CBC, Pajares worked at the San Jose de Monrovia Hospital in Liberia. Pajares had been caring for the director of the hospital, Brother Patrick Nshamdze, who died of ebola August 3, according to The Spain Report.

2. The Hospital Pajares Worked for Has Been Shut Down

According to The Chicago Tribune, the San Jose de Monrovia Hospital has been shut down following Nshamdze’s death Pajares’ diagnosis. The plane on which Pajares was flown out of Liberia landed at Spanish military base in Madrid at 2 a.m. EST. Madrid health official Javier Rodriguez told reporters, “The patients have arrived well, though a little disoriented. They are both now in quarantine.” Pajares was accompanied into Spain by his co-worker, nun Juliana Bohi. The Tribune reports Bohi tested negative for ebola.

3. Pajares Will Only Receive Treatment From 2 Doctors

According to The Telegraph, Pajares will only be treated by two doctors in order to minimize the risk of spreading the disease. Mercedes Vinuesa Sebastian, Spain’s Director General of Public Health said, “The safety protocols we will use guarantee minimum risk.”

After learning he would be flown to Spain, Pajares told Spain’s ABC newspaper, “This news has lifted my spirits, it is great. I am very happy. It is worth fighting on.”

According to RTE News, Madrid’s Carlos III hospital cleared its entire sixth floor in order to accommodate Pajares and Bohi. According to the Associated Press, Bohi tested negative for ebola while in Liberia, and if a second test in Madrid comes back negative, she will be released from the hospital.

According to the Daily Mirror, Pajares was put into quarantine Saturday after testing positive for the virus. Speaking again of why he wanted to return to Spain, Pajares said, “I’d like to return because we have a very bad experience of what’s happened here. We are abandoned. We want to go to Spain and be treated like people.” Pajares is 75. 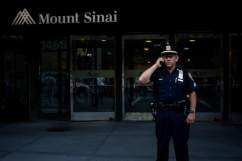