1. They Were Working at Their Parents’ Vegetable Stand When They Vanished

The two girls are Delilah Miller, 7, and Fannie Miller, 12. Both were at their parents’ roadside vegatable stand in Oswegatchie, New York, in St. Lawrence County. Around the time the girl’s went missing, a witness saw somebody putting something in his car’s passenger seat and speed away. The New York State Police said in a statement that the car is a white 4-door sedan.

2. The Girl’s Were Wearing the Same Clothes

Delila is described as being 4 feet tall with brown hair and brown eyes. She was wearing a dark blue dress with a blue apron and black bonnet. The seven-year-old has a scar on her forehead and his missing some front teeth. The older girl, Fannie, is 5 feet, with brown hair and eyes. She is cross eyed and was wearing the same clothes as her sister when she vanished. Syracuse.com reports that police in the area are searching waterways and roadsides in the region. According to NBC News, 50 officers are involved for the search for the girls.

3. There Are No Photos of the Sisters

Because the girls are Amish there are no pictures of them but St. Lawrence County sheriff’s deputies are working to get artists rendering of the missing girls.

The Amber Alert for the sisters has been extended to Canada. The stand from which the girls vanished, is not far from the Canadian border. CBC reports that the Ontario Provincial Police and the Ottawa police have been included in the Amber Alert.

5. They Lived in One of the Largest Amish Communities in New York

Oswegatchie is home to the second largest Amish community in New York. According to City Data, the town as a population of just over 4,000. 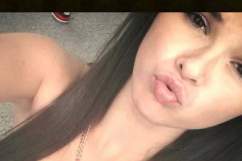 Loading more stories
wpDiscuz
0
0
Would love your thoughts, please comment.x
()
x
| Reply
Fannie and Delila Miller are the two Amish girls who are missing in Upstate New York. There are reports the two could be in Canada.