It’s still the preseason, but don’t tell that to Tom Brady.

Rookie Jimmy Garoppolo, a sixth-round pick who’s competing with Ryan Mallett to be Brady’s top backup, completed 9 of 12 passes for 105 yards and a touchdown in relief of Brady.

Julian Edelman had 8 catches for 99 yards and Shane Vereen caught 5 passes out of the backfield for 57 yards and 2 touchdowns for the Pats.

Shane Vereen gave the Patriots some breathing room when he caught a pass from Tom Brady in the flat and took it to the house for a 40-yard touchdown with 4:50 left in the first half. The play capped a 14-play 91-yard scoring drive after Brady and Co. started a drive on their own 9.

Stephen Gostkowski added a 31-yard field goal with 2 seconds left in the half to make it 13-0.

Vereen scored again on a 6-yard reception from Brady with 8:25 left in the third quarter.

Stephen Gostkowski Put the Patriots on the Board

Gostkowski hits a 47-yarder to put the #Patriots on the board first in Foxborough. #CARvsNE

So much for offense. Neither team scored for the first 12 minutes, but the Patriots finally got on the board on a 47-yard field goal by Stephen Gostkowski with 2:11 left in the quarter.

The kick capped a short but successful 7-play, 22-yard drive for the Pats.

#Patriots are ready to take the field for the final 2014 preseason game @GilletteStadium #CARvsNE pic.twitter.com/jgfPkafKAW

WHO: Panthers at Patriots 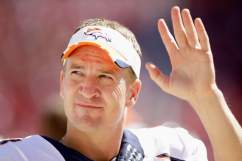 Loading more stories
wpDiscuz
0
0
Would love your thoughts, please comment.x
()
x
| Reply
The New England Patriots host the Carolina Panthers in the all-important third preseason game, with both teams' starters expected to play at least a half.