Check out a stunning time-lapse video of the 2012 Perseids above.

Visible from August 11 to 13, this year’s Perseid meteor shower will be best observed just prior to dawn on each of these days. Time and Date adds that there may be some issues with seeing the meteors clearly, however. A waning Gibbous moon (the Moon’s phase just after a full moon) will make it hard to see the meteors, at least for some.

2. The Perseids Are Named After the Constellation, Perseus

The Perseids are named after the constellation of Perseus. This is because the meteors appear to come from the direction of that constellation as they fly across the sky. In Greek Mythology, Perseus killed the Gorgon, Medusa.

The Perseids should not be confused with the similarly named Zeta Perseids, which are a daylight meteor shower that generally starts around late May and ends in early July.

3. You Don’t Need a Telescope to See the Meteors

Check out the video above to learn which is brighter: the Super Moon, or the Perseids.

EarthSky has an excellent guide to watching the Perseids this year. You won’t need any special equipment to observe the shower, as it can be seen with just the naked eye. Here are their tips for having the best viewing experience:

“An open sky is essential because these meteors fly across the sky in many different directions and in front of numerous constellations…But once again, you don’t need to know Perseus or any other constellation to watch this or any meteor shower.

Enjoy the comfort of a reclining lawn chair and look upward in a dark sky, far away from pesky artificial lights. Remember, your eyes can take as long as twenty minutes to truly adapt to the darkness of night. So don’t rush the process. All good things come to those who wait.” 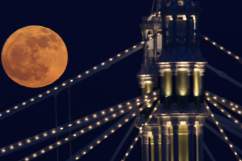 The Guardian explains that the meteors we see during the Perseid shower are comet dust from Comet Swift-Tuttle. The Guardian quotes NASA’s Bill Cooke, who says that the debris from the comet in particular tends to be very spectacular:

“We see more fireballs from Swift-Tuttle than any other parent comet.” 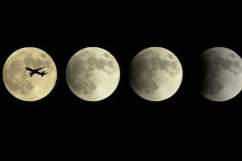 WATCH: How & Where to See the Lunar Eclipse

5. The Perseids Can Be Seen From Outer Space & the ISS

CNET reports that the best view of the Perseid shower may actually be from outer space, particularly from the ISS. CNET adds that rock fragments from the comet that become part of the meteor shower are generally traveling at “roughly 1/5,000th the speed of light.” 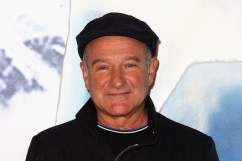 Read More
5 Fast Facts, Google Doodle, Meteor, Technology
wpDiscuz
0
0
Would love your thoughts, please comment.x
()
x
| Reply
Here's a guide to everything you need to know about the Perseid Meteor Shower in 2014.