A cop in Charlotte, North Carolina and his wife have been arrested after investigators discovered the officer sexually assaulted a minor multiple times from 1999 to 2002.

CMPD Ofc. Reginald Harris and wife Dia arrested by CMPD. Both charged in relation to sex abuse of a child in their family.

WCNC reporter Amy Cowman reports Reginald Harris sexually assaulted an 8 year-old member of his own family multiple times between 1999 and 2002.

Office of the North Tryon Division of the Charlotte-Mecklenburg Police Department. (Screenshot/Google Maps)

According to WCNC, Reginald Harris was hired by the Charlotte-Mecklenburg Police Department on January 13, 1988. He was last assigned to the North Tryon Division, which patrols 13.4 square miles in north Charlotte. The division is comprised of 87 officers, seven sergeants, three response area lieutenants, one investigative technician and one Captain, according to CMPD.

3. Reginald Harris Has Been Stripped of His Gun and Badge

According to WJZY, cops have stripped Harris of his gun and badge and placed him on unpaid administrative leave as they investigate the case. Police are still trying to determine if there was more than one victim in this case, WJZY reports.

The actions of this officer are deplorable and will not be tolerated. Officers with the Charlotte-Mecklenburg Police Department are expected to conduct themselves to the highest professional standards and will be held accountable when they fail to do so. At no time will this department allow behavior that violates the public’s trust.

5. The Investigation Into Harris Began in July

According to WSOC-TV, the criminal investigation into Harris began on July 3. Cops are asking anyone with information on the these or any other incidents to call Youth Crimes Detective Brandy Lingle at 704-432-3427. 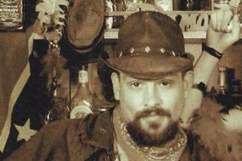 Loading more stories
wpDiscuz
0
0
Would love your thoughts, please comment.x
()
x
| Reply
A Charlotte cop and his wife have been arrested and face a series of sex crimes after investigators discovered Reginald Harris had assaulted a minor multiple times from 1999 to 2002.