A U.S. Army two-star major general was shot and killed at Camp Qargha, a British training camp outside of Kabul, Tuesday.As of Tuesday afternoon, the Pentagon was still gathering information about the suspected shooter.

1. The General Is the Highest Ranking Official to be Killed in the Afghan War

2. The General Was Shot at Close Range by an Afghan Soldier

According to The New York Times, the general was shot at close range by an Afghan soldier at a military training ground on the outskirts of Kabul, Afghanistan’s capital city. Coalition officials spoke to the Times on the basis of anonymity, saying a senior Afghan commanders and other soldiers were shot during the incident. According to Reuters, the incident occurred at a British training ground. Fox News reports
at least 15 soldiers, mostly American but some German, were injured as a result of the attack.

3. The Attacker Was Wearing an Afghan Military Uniform

According to The New York Times, the Afghan Defense Ministry released a statement that the man that attacked the coalition was wearing an Afghan National Army uniform, which is the standard description typically announced after Afghan troops attack foreign counterparts. Mohammmad Zahir Azimi, a spokesperson for Afghanistan’s Defense Ministry, called the shooter a “terrorist in uniform,” according to ABC Chicago.

4. So-Called ‘Insider Attacks’ Had Decreased in the Last Year

According to Fox News,
“insider attacks” in which Afghan soldiers fire on their own NATO partners have decreased in the last year. Fox News reports there were 16 deaths during 10 different attacks in 2013 compared to 53 deaths in 38 separate attacks in 2012. The New York Times reports the Taliban typically takes credit for these kinds of attacks, but had no immediate comment on Tuesday. However, Zabiullah Mujahid, a spokesperson for the insurgents, told the Times he was looking for more information regarding the attack. 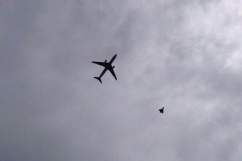 Loading more stories
wpDiscuz
0
0
Would love your thoughts, please comment.x
()
x
| Reply
A two-star U.S. Army major general was shot and killed at close range by an Afghan soldier Tuesday. The general is the highest-ranking Army official to be killed in the war in Afghanistan.