The beheading of a woman in Oklahoma has raised fears that this is the first “lone wolf” attack on U.S. soil by a homeland terrorist sympathetic to the cause of ISIS.

In recent weeks the U.S. and allies launched massive airstrikes against ISIS in Iraq and Syria. In the wake of those bombings, the Department of Homeland Security issued a warning for people to be vigilant against “lone wolf” style revenge attacks.

On September 18, Australian cops busted an alleged plot from ISIS sympathizers to publicly behead members of the public.

And on September 21, an audio address from ISIS called on Muslims to kill disbelievers:

If you can kill a disbelieving American or European … or any other disbeliever from the disbelievers waging war, including the citizens of the countries that entered into a coalition against the Islamic State … kill him in any manner or way however it may be …

The news that Colleen Hufford was beheaded in Oklahoma in a manner similar to U.S. journalists James Foley and Steven Sotloff was followed by word that her alleged attacker, Alton Nolen, had been attempting to convert his Vaughn Foods co-workers to Islam.

Then his Facebook page was discovered, showing a man with deep-seated resentment of America. This post, on March 3, includes a list of America’s sins, saying the Statue of Liberty is “going to flames. She and anybody who’s with her”:

Nolen’s Facebook page, where he goes by the name Jah’keem Yisrael, includes this post listing the sins of “Amerika.”

There is no known direct link from Nolen to ISIS. But his radicalism is evident, he has perpetrated a beheading in the style of extremist terrorists, and his alleged crime occurs shortly after a call from ISIS to kill infidels. What do you think? Is this our first “lone wolf” terror attack in America? Share your thoughts in the comments below. 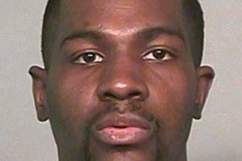