Alton Nolen is the man who allegedly beheaded a woman yesterday during a workplace rampage in Moore, Oklahoma. The recently fired employee of Vaughan Foods allegedly attacked two women at the company’s distribution plant, killing one, before he was shot by the company’s COO, who’s being hailed as a hero.

1. Co-Workers Say He Tried to Convert Them to Islam

Nolen, 30, reportedly worked at Vaughan Foods in Moore and had been trying to convert his co-workers to Islam, according to News 9. KFOR reports that Nolen had been recently fired from the plant.

The FBI is actively investigating the case. KFOR reports the feds are targeting the religious elements of the case.

According to Oklahoma records, he has a tattoo of Jesus Christ on his chest and three other tattoos:

On his Facebook page, Nolen goes by the name Jah’Keem Yisrael. The same page says he attended Idabel High School and studied business management at Langston University. He lists Rockin’ T Livestock and Cattle Services, but shortly after Nolen’s page was discovered by reporters, that company’s Facebook page posted “Not affiliated with Alton Nolen.”

On March 3 Nolen posted an image of the Twin Towers smoldering on 9/11, along with a list of “Amerika’s” sins, saying “(The statue Of Liberty) is going into flames. She and anybody who’s with her”: 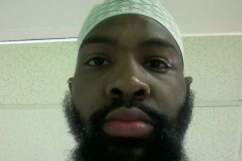 Is the Oklahoma Beheading the First ‘Lone Wolf’ Attack in America?

2. He Allegedly Beheaded One Woman & Was Slashing Another When He Got Shot

The woman who was killed has been named as Colleen Hufford, who lived in Moore. She was 54 years old. KFOR reports that he encountered her in Vaughan’s front office at around 4:05 p.m. on Thursday September 25. He then “severed her head” with a produce knife, according Sgt. Jeremy Lewis of the Moore Police Department.

Nolen then found Traci Johnson, another worker at the plant, and stabbed her. She is in stable condition in hospital. Police say it was “obvious” he was trying to kill his second victim and that if he had not been shot, the rampage could have been much worse.

On behalf of everyone at Vaughan Foods, we are shocked and deeply saddened by the events of today. Our thoughts and prayers go out to the families and friends of the team member we lost and all those affected. Our focus is on the safety and well-being of our employees. We will provide counseling and support for our team members and support each other through this difficult time. We are working with authorities on this active investigation and ask that you direct your questions to local law enforcement. 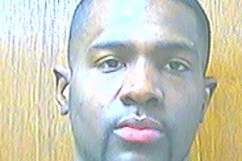 3. He Has a Long Rap Sheet & Once Sparked a Manhunt

According to the Oklahoma State Courts Network, Nolen has arrested for marijuana possession in 2009, assault and battery on a police officer in 2010, a traffic violation in 2006, driving with a suspended license in 2009, and cocaine with intent to distribute in 2006.

He was last released from jail in March 2013, according to Oklahoma records.

Also in 2010, there a was a manhunt to bring Nolen into custody. You can watch a video detailing this arrest below. 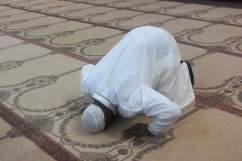 4. He Was Shot by an Off-Duty Sheriff’s Deputy, the Company’s COO

Nolen was shot and subdued by an off-duty Oklahoma County reserve deputy, Mark Vaughan. Sgt. Lewis referred to him as a “hero.” Mark Vaughan, according to CBS, is the chief operating officer of Vaughan Foods. News OK reports that Nolen is recovering from his wounds in hospital. 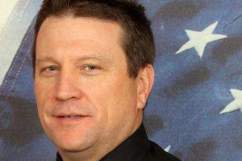 5. This Comes Amid Warnings of ‘Lone Wolf’ Terror Attacks

This is the latest tragedy to impact the town of Moore, Oklahoma. In 2013, the town was devastated by a tornado. (Getty)

The attack comes as authorities are warning of the possibilities of “lone-wolf” terror attacks. The warning comes in the wake of an international bombing effort against ISIS in Iraq and Syria.

Could the carnage in Moore, Oklahoma, be the first lone wolf attack on U.S. soil? Let us know what you think in the comments below. 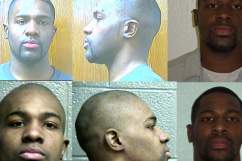 Loading more stories
wpDiscuz
87
0
Would love your thoughts, please comment.x
()
x
| Reply
Alton Nolen has been named as the suspect in the Moore, Oklahoma, beheading at Vaughan Foods. The woman killed was Colleen Hufford.