Sunday night’s game between the Broncos and Colts looked like for a while like it would be the biggest blowout of the week.

It turned out to be a one-possession game that the Broncos didn’t seal until the final two minutes. But Denver, which raced to a three-touchdown lead in the second quarter, held on for a 31-24 win over the Indianapolis Colts in the season opener for both teams.

Read on for a recap and check out the full box score here via ESPN. 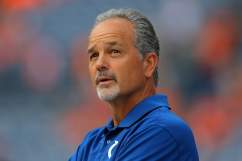 Colts vs. Broncos Photos: The Pictures You Need to See

Julius Thomas hauls in one of his three touchdown catches from Peyton Manning. (Getty)

Peyton Manning had thrown 3 touchdown passes by halftime — all to tight end Julius Thomas — and looked on his way to rivaling the performance he put on in the season opener last year, when he threw 7 touchdown passes.

Manning, though, played a pedestrian second half in which he didn’t throw a touchdown pass and threw for only 60 yards. His final stat line wasn’t bad, though: 22-for-36 passing for 269 yards, 3 touchdowns and no interceptions.

Heading into the final minute of the first half, Andrew Luck had accounted for no touchdowns and thrown one interception.

It came in a losing effort, but his final stat line wasn’t too shabby: 35-for-53 passing for 370 yards and 2 touchdowns, 1 rushing touchdown and 1 interception.

Vinatieri’s attempt bounced off the left upright, but the kick was moot. The Colts initially lined up with only 10 men on the field, and by the time they get an 11th out there, they didn’t have enough time to get the snap off in time. As the ball left Vinatieri’s foot, the Colts were flagged for delay of game, setting them back 5 yards and prompting Pagano to call on Pat McAfee to punt.

The Colts’ Defense Came up Big on Denver’s 1st Drive

Congrats to Brandon McManus – the first @NPSD grad to score points in the NFL!

The Broncos looked certain to score a touchdown on their first drive when they had 1st-and-goal at the Colts 3-yard-line. But the Colts defense forced three straight Peyton Manning incompletions, and Denver had to settle for a 21-yard Brandon McManus field goal — the first of McManus’ career — that put Denver up 3-0 with 5:41 left in the first quarter.

Andrew Luck Threw an Interception & the Broncos Made Him Pay

Andrew Luck’s pass was tipped by Aqib Talib and intercepted by Rahim Moore with 3:25 left in the first quarter. Peyton Manning took advantage of the turnover, leading Denver on an 8-play, 54-yard drive capped by a 3-yard touchdown pass to Julius Thomas.

The touchdown put the Broncos on top 10-0 with 14:14 left in the second quarter.

Denver struck again later in the quarter when Manning hit Thomas for another touchdown, this one from 35 yards out to make it 17-0 with 6:41 left in the first half.

Andrew Luck didn’t have any receivers open as Indy was driving deep into Denver territory in the last minute of the first half. So Luck decided to make a run for it, and the Colts scored their first points of the game as a result.

On 1st-and-goal at the Denver 9, Luck scrambled down the right sideline and dove toward the endzone, hitting the pylon with the ball just as he was being knocked out of bounds.

Luck was initially ruled out of bounds at the 2, but the call was reversed after a video replay, giving Luck a rushing touchdown and pulling the Colts to within 24-7 heading into the half.

The Broncos’ D Came up With a Goal-Line Stand

Indianapolis was on the verge of scoring a touchdown on its opening drive of the first quarter, but Denver’s defense came up with a huge goal-line stand, first stopping Hakeen Nicks at the 1-yard-line after a pass from Andrew Luck, then stuffing Luck on a quarterback keeper on 4th-and-goal from the 1.

Denver scored its first rushing touchdown of the game — and its fourth overall — when Monte Ball ran it up the middle from 3 yards out to make it 31-10 with 10:50 left in the game.

Dwayne Allen took a short pass from Andrew Luck and rumbled 41 yards for a touchdown that brought the Colts to within 2 touchdowns at 31-17 with 7:46 left in the game. It was the first touchdown pass of the game for Luck, who had rushed for a 9-yard touchdown earlier.

Chuck Pagano opted for an onside kick on the ensuing kickoff and Indianapolis recovered at its own 43, but the Colts couldn’t take advantage. Rahim Moore got his second interception of the game — again on a tipped ball — when Cody Fleener couldn’t come up with a bullet thrown by Luck. Denver took over at its own 13 with 5:32 left in the game.

Luck, though, wasn’t done. He hit Hakeem Nicks on a 9-yrd touchdown strike to make it a one-posession game at 31-24 with 3:26 left — the closest the game was since Denver led 3-0 in the first quarter.

Luck had a chance to orchestrate a game-tying drive late in the fourth quarter, but his pass to Reggie Wayne on 4th-and-6 from the Denver 39 was incomplete with 1:57 left, all but ending the game. 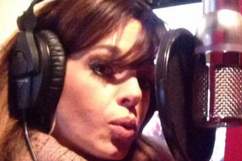 Loading more stories
wpDiscuz
0
0
Would love your thoughts, please comment.x
()
x
| Reply
Follow along here for scoring updates and highlights as the Broncos host the Colts on Sunday Night Football.