Bryce Masters is the 17-year-old kid who is in a medically induced coma after being tasered by cops. Masters was pulled over by cops in Independence, Missouri, on September 14, reports Fox Kansas City. It’s disputed what went on between Masters and the cop, but the result was that Masters was tasered and is now in hospital.

1. He Was Going to Play Video Games

According to Masters’ friend, Curtist Martes, he was expecting to see Masters as the two were going to play XBox together. When Masters pulled up, Martes says he saw a police cruiser park right behind his friend.

The cop got out and told Masters to roll down his window, Martes told Fox Kansas City. “I hear him say from my porch, he’s like ‘I can’t roll down my window it’s broke.'”

After that Masters was told to get out of his car, but didn’t, and began recording the cop on his phone. The two then got into a scuffle, which resulted in Masters’ being tasered. Police are saying that Masters was resisting arrest, something witnesses dispute.

2. Witnesses Saw a Cop Pulling Masters’ Lifeless Body on to the Sidewalk

A witness, Michelle Baker, told Fox Kansas City, that she saw the cop tase Masters while Masters was in his car. She says she grabbed her phone when she heard the screams so as to record the incident. Baker says she saw the officer stand on Masters’ lifeless body and the cop picked up the teen, placing him on the sidewalk. She says:

You could tell the kid was going into convulsions. He turned him over and his head was dangling like this and he had blood coming out.

3. Masters Has Swelling on his Brain

KCTV 5 reports that Masters has swelling on his brain which “may have been caused by hitting his head on the concrete or losing oxygen for a long period of time.” He’s now in a medically induced coma as doctors try to cool his body to reduce the swelling.

4. His Family Want a DOJ Investigation

According to KSHB news producer Melissa Greenstein, Masters’ family want the Department of Justice to look into the incident. Police say that Masters had outstanding traffic violations which led to the arrest, something that is denied by his family. The FBI announced on September 14 that agents are looking into the case.

5. There Has Been an Outpouring of Support for Master

Masters, a student at Truman high, is receiving a huge outpouring of support for his case on Twitter.

Prayers go out to Bryce Masters along with his friends and family. It's crazy how fast things can happen.

Praying for Bryce Masters and his family.

My prayers go out to Bryce Masters. Your strong bro I know you can pull through. 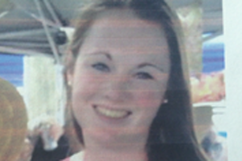 Loading more stories
wpDiscuz
14
0
Would love your thoughts, please comment.x
()
x
| Reply
Bryce Masters is the Independence, Missouri, teen who is in critical condition after being tasered by cops on September 14.