Eric Holder is going to resign. NPR is reporting that the nation’s first black attorney general will quit his job at the Justice Department on September 25.

The NPR report says Holder will leave his position after a successor is named. A process, NPR notes, that could take until 2015.

Holder is one of Obama’s most trusted lieutenants and is the fourth longest attorney general in American history. The longest tenure belonged to William Wirt, who served between 1817 and 1829 under presidents James Monroe and John Quincy Adams.

Holder’s resignation means that the only two original members of Obama’s cabinet left are Arne Duncan and Tom Vilsack.

3. Holder Will Be Remembered for Calling Americans a ‘Nation of Cowards’

Holder was known as a political firebrand whose star appeared to fade as the Obama administration went on. Famously in 2009, during Black History Month, he called America a “nation of cowards” when it came to racial discussions.

In an appearance at NYU, just a day before his resignation, Holder spoke to students about the nation’s “critical opportunity” to change policing. This speech came in the wake of Holder’s involvement in the Michael Brown shooting.

Holder is married to Dr. Sharon Malone, the couple have three children, Maya, Brook and Eric. 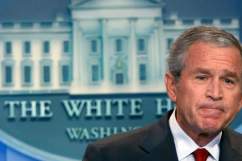