A Frenchman who was kidnapped by ISIS-linked terrorists in Algeria on September 21 has been beheaded in a videotaped execution. Herve Gourdel, 55, was taken by the group Jund al-Khalifa — the Soldiers of the Caliphate — while hiking in the Algerian hills. The group had threated to execute Gourdel if France did not halt airstrikes against ISIS in Iraq.

1. Gourdel Was in Captivity for Just 3 Days

Gourdel’s mother spoke to her son by phone on September 21, the day he was kidnapped. Gourdel told her he was planning a two-day trek through the Algerian mountains. 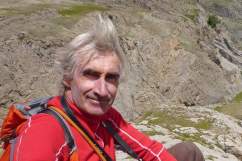 2. The Day Before His Death, a Video Was Released of Gourdel Begging for His Life

The group that took Gourdel released a video of him begging for his life on September 23. Gourdel tells French President Francois Hollande to “do everything” to free him and relays his captors’ demand that France end its involvement in military strikes against ISIS.

Today, a second video was released, this one showing Gourdel’s death. It was titled a “Message of blood for the French government.”

A massive search for Gourdel was undertaken by the Algerian government in Tizi Ouzou. (Getty)

Gourdel had been hiking in the Tizi Ouzou region of Algeria, about an hour and a half from Algiers, when he was taken. The media in France are referring to Gourdel as a “tourist.”

Gourdel was taken in Tizi Ouzou, about 70 miles west of Algiers. (Google Maps)

According to reports in France, Gourdel worked as a mountain and hiking guide. He had been in Algeria since September 20.

On September 19, France launched airstrikes against the Islamic State in Iraq, but not Syria.

On September 22 ISIS released a recording urging its followers to target Westerners, “especially the spiteful and filthy French.”

Jund al-Khalifa is literally translated as the Soldiers of the Caliphate. The group announced its allegiance to ISIS on September 13, reports the BBC. In April 2014, the group claimed responsibility for an ambush on an Algerian army convoy. That attack killed 11 members of the Algerian army.

The group broke away from al-Qaeda earlier in 2014, accusing the older group of “deviating from the true path.” The group is led by Abdelmalek Gouri aka Khaled Abou Simane. 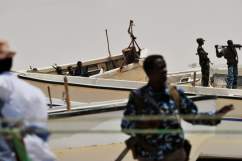