Hurricane Odile, the strongest hurricane to hit Baja California since 1967, has made landfall and is estimated to last until late Tuesday.

1. Odile Made Landfall as a Powerful Category 4 Storm

Odile hit land on Sunday, September 14, at 9:45 p.m near the popular Mexican resort community of Cabo San Lucas. It was categorized as a powerful Category 4 Hurricane, meaning it had sustained wind speeds of at least 130 mph.

The storm has since been downgraded to a Category 3. Odile is moving up the coast at 17 mph and should continue to weaken on Monday, continuing on into late Tuesday.

AccuWeather Inc. predicted 6 to 12 inches of rainfall and a 6- to 10-foot storm surge from Hurricane Odile.

Magnitude 4.9 earthquake rocks Baja California at 5:23 am along with Cat 2 Hurricane #Odile pounding the peninsula. pic.twitter.com/09OF3rA7DF

Early Monday, a 4.9 magnitude earthquake hit the Baja California peninsula around 5:23 a.m., along with Hurricane Odile.

Baja California is the northwesternmost state in Mexico and is not a part of the American state of California.

3. The Damage Could Be Devastating

Because of the estimated force of Hurricane Odile, along with it’s current wind speeds, it is believed the hurricane could do a lot of damage to the region. The area is filled with fishing communities, low-lying neighborhoods, and resorts, which could see large amounts of destruction from flooding, rain, landslides, and strong winds.

4. It’s the Most Powerful Storm to Hit the Region Since 1967

Since the satellite era of storm watching and hurricane recording, Odile is the strongest and most powerful storm to hit the region since Hurricane Olivia.

Before Hurricane Odile hit the Baja Penninsula, which is a luxury resort area, officials estimated at least 26,000 foreign tourists and 4,000 natives were in the region, with emergency workers evacuating thousands and Mexican officials preparing shelters for the 30,000 estimated victims. At least 22 flights were canceled, stranding tourists, making shelter a necessity for all of the visitors and natives. 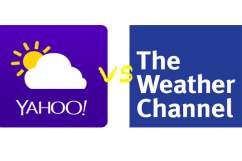 Loading more stories
wpDiscuz
0
0
Would love your thoughts, please comment.x
()
x
| Reply
Hurricane Odile, the strongest hurricane to hit Baja California on record since 1967, has made landfall and is estimated to last until late Tuesday.