A New Hampshire man wanted for murdering his parents and burning down their house is on the run in Florida and considered armed and dangerous, the U.S. Marshals Service announced this week.

Here’s what should know about Dion, his alleged crimes and the effort to catch him.

1. His Parents Were Strangled With Wire On March 24, 2014, Dion’s elderly parents were found dead inside the smoldering remains of their home at 210 Mooresville Road in Manchester, New Hampshire.

The fire had burned so hot that a flashover explosion blew off the front and back doors and knocked the house off its foundation.

Neighbor Kathy Burtram told the Union Leader, “It was awful, I was right here and I couldn’t help them.”

When firefighters finally extinguished the blaze and combed through the rubble, they found the bodies of Robert Dion, 71, and Constance Dion, 67, lying in 14 inches of water.

Medical examiners determined the couple had been strangled with wire five days before the fire. Authorities determined Dion was responsible for both the fire and homicides.

After searching the debris, authorities found child pornography they determined to be Matthew Dion’s.

Matthew was adopted by Robert and Connie Dion and lived at the residence with them.

Dion is thought to have been in the St. Petersburg area since March. There have been several sightings of him, the most recent on September 6. On the same day Dion was last seen, he is believed to have stolen a silver 2013 Hyundai Elantra, with Florida license plate G673WH.

5. Authorities Believe He Is Still in Florida Authorities believe Dion is somewhere in the Tampa Bay area. There is a $5,000 reward for information leading to Dion’s arrest. 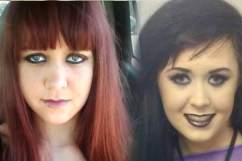