A student has been left seriously injured after a stabbing inside the North Albion Collegiate Institute in Toronto, according to a tweet from the Toronto Police. The student is in life-threatening condition.

1. Toronto City News reports that there is no suspect in custody. He’s described as a black male, five-foot-seven, wearing a white t-shirt.

2. We don’t know if any other people were injured in the attack.

3. North Albion is a high school in Etobicoke, Canada. It’s part of the Toronto school district. The school, and others in the area, are on lockdown.

4. The attack happened inside of a hallway.

5. The school is the alma-mater of Tori Spelling’s husband, Dean McDermott. 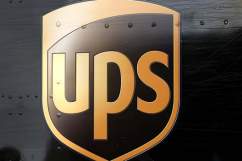