The bombshell verdict has left many in disbelief and comes amid outrage over the Ray Rice video, another domestic violence incident involving a world famous athlete.

As the Pistorius news trickles in, the 3 biggest sports stories of the week involve domestic violence, racism and murder. Let that sink in.

Here’s what we know so far. Stay tuned for updates.

1. He Didn’t ‘Intend’ to Kill Steenkamp

Pistorius was acquitted of all murder charges: premeditated and second-degree. Judge Thokozile Masipa ruled the prosecution did not prove that Pistorius intended to kill Steenkamp when he fired four bullets through a bathroom door, killing his girlfriend.

2. He May Still Face a ‘Culpable Homicide’ Conviction

Judge Masipa says it was clear Pistorius was negligent and failed to take steps a reasonable man would. Suggests guilty culpable homicide

The judge did find him “negligent,” and a full verdict, postponed for one day, will likely rule him guilty on lesser charges, possibly including culpable homicide. According to the judge, “a reasonable person” wouldn’t have fired four shots into the bathroom. She added that the Blade Runner acted “too hastily.”

3. We Had More Tears From the ‘Blade Runner’

Pistorius, who has been emotional throughout the trial — even vomiting on multiple occasions — broke down in tears upon learning he would not be guilty of murder. The judge solidifying his innocence on murder charges said that the prosecutions case was “purely circumstantial.”

#Pistorius is bent over in court sobbing, surrounded by family members and supporters after hearing he is cleared or murder

The Pistorius verdict is just another example that you get the justice you pay for.

The judge discounted testimony of neighbors who said they heard Pistorius and Steenkamp fighting on the same night she was killed, saying “human beings are fallible.” Pistorius has claimed that he believed there was an intruder in the bathroom, and that he didn’t intend to fire his weapon but shot without thinking.

5. The Verdict Was Decided by the Judge

There is no jury in South African trials, it’s been that way since a 1969 government act.

During the trial, one of the two amici, who assist the judge, Thokozile Masipa, in the verdict, fell ill and was excused. 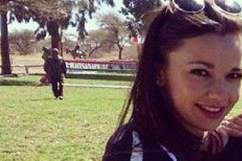