The gates to Quantico’s Marine Base were closed after a dog detected a possible bomb in a car, the closing lasted around an hour before the were reopened at 4:45 p.m. Central time. The scare was first announced on the base’s Facebook page.

1. The Driver of the Car Is in Custody

The threat was detected at around 2:45 p.m. on 9/11. The driver of the car has been taken into custody. Bomb disposal experts are searching the car.

2. There Is Another Possible Threat to the Base

According to the Marines official website, a different man was also close to the base, driving around shouting threats.

3. This Isn’t the First Major Incident at the Base

In March 2013, a Marine on the base shot and killed two fellow soldiers before committing suicide.

4. Parts of the Base Are Still Open

The base is not totally locked down. The base’s back gates remained open for traffic.

5. The Base Also Houses the FBI & DEA

The principal training center for the FBI and DEA are located on the base. 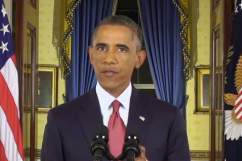 Read More
5 Fast Facts, Breaking News, Crime
A sniffer dog has detected a possible bomb in a car outside Quantico Marine Corps Base.