The bodies of five children have been recovered in Butler County, Alabama. The children have been missing since September 3. Timothy Ray Jones, their father, has been arrested on an unrelated charge and is being held in custody, reports WLTX. The children’s bodies were found dumped at the side of a highway in plastic garbage bags. Their bodies were badly decomposed when they were found.

Jones has confessed to the crime, according to authorities, but charges have not yet been laid.

1. The Kids Have Been Missing Since September 3

State and local law enforcement have set up a command post off Highway 10 in Butler County! Find out why today! pic.twitter.com/dOd95oeMDt

The children were first reported missing by their mother on September 3. She is the ex-wife of Timothy Ray Jones. According to WLTX, she had been unable to contact her ex-husband. WLBT reports the mother saying that she frequently couldn’t get in contact with Jones. It was only when she found out that her children hadn’t been in school that she raised the alarm.

2. He Had Legal Custody of his Kids

Timothy Jones was the children’s legal guardian. He was arrested on September 6 in Raleigh, Mississippi at a traffic checkpoint due a “connection,” according to WYFF to synthetic marijuana. Also in the car was children’s clothing and cleaning supplies.
WIS-TV reports that the children were killed in South Carolina and taken to Albama.

3. He’s Accused of Bringing His Kids’ Dead Bodies Across 3 States

Neighbors who live near the last home Tim Jones lived in with his children say they're still shocked @wis10 pic.twitter.com/TRGM9yEmBi

According to reports, Jones had told neighbors in Lexington County, South Carolina, that he was taking his family to live in a different state. Jones led authorities to the bodies. Police think that the children were dead when they were transferred across three states. He’s being held at the Department of Corrections because sheriff’s deputies can’t guarantee his safety at the Lexington County Jail. Investigators still don’t know why the children’s bodies in Alabama.

4. There Was a Massive Search for the Kids

On September 9, WSFA reported that a large number of Alabama Bureau of Investigation agents and sheriff’s deputies had been searching a barren area close to Montgomery, Alabama. Due to the fact that he was the legal guardian, no amber alert was issued. The children were all aged between one and eight.

5. He’s a Graduate of the University of Mississippi

According to WYFF, Jones graduated from the University of Mississippi and his father still lives close to the school. He worked as a computer engineer.

WYFF further reports that there had been complaint of child abuse made against Jones in July 2014. After the children were interviewed, social services determined there was “no imminent danger.” A second round of interviews was due but never scheduled. Later, on August 28, Jones was charged with unlawful neglect, after he forced his 1-year-old, and four of her siblings, to sit on the road beside a Walmart in Lexington County.

He had a lengthy criminal record dating back to 2001 when he was arrested for criminal possession, cocaine charges and forging checks in Illinois. 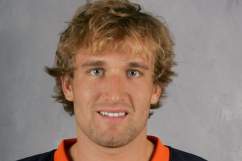 Read More
5 Fast Facts, Breaking News, Crime, Murder
Timothy Ray Jones' is the father of 5 children who were found dead in Alabama. The children were from South Carolina. Jones was arrested in Raleigh, Mississippi.