A University of Oklahoma freshman allegedly confessed to shooting his father, mother and teenage sister dead while he was visiting home in the town of Duncan, Oklahoma. He has been charged with three counts of first-degree murder, according to News OK. He is 19 years old.

1. The Hruby Family’s Housekeeper Discovered the Family Dead on October 13

KFOR reports that on October 13, the Hruby’s family housekeeper found John, Tinker and Katherine Hruby all dead of gunshot wounds in their home in Duncan, about 80 miles south of Oklahoma City. Tinker and Katherine were found on the kitchen floor while John Hruby was in the dining room.

They were killed on October 9. When police contacted Alan Hruby to tell him about the deaths he began wailing and hyperventilating, according to News OK. After a period of talking to the police station chaplain in Duncan, Oklahoma, he was questioned by police. It was at this point that he was held at the station on a probation violation.

KFOR reports that Hruby admitted to stealing his dad’s 9mm and shooting his mother twice, killing her, and then killing his teenage sister. He waited in the house until John Hruby returned home, when he did, Alan Hruby shot his father dead.

The shooting took place half a mile from where Australian baseball player Christopher Lane was killed in August 2013.

According to reports out of Oklahoma, Hruby was told he couldn’t have money to go the Oklahoma/Texas football game in Dallas. When he was refused the cash, he’s accused of killing his family in a fit of rage. News OK further reports that Hruby owed $3,000 to a loan shark. The website says that Hruby believed that if his parents were dead he would inherit the money to pay off the debt.

While in Dallas, he stayed at the Ritz-Carlton.

The Stephens County District Attorney’s office said that Hruby’s parents had cut him off financially. The attorney, Jason Hicks, told the media, “The only remorse we’ve seen is because he got caught.”

The DA believes that the murders had been planned for a while. Hruby told cops that he purposefully left his cellphone on campus at Oklahoma University so that it would ping there. Miller concluded by saying that he believes Hruby is an “evil person.” 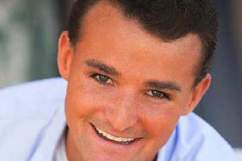 3. He’s Been on Probation Since January

As of January 2014, Hruby was on probation after he was convicted of fraudulently obtaining a credit card to go on a trip to Europe. The trip happened in July 2013. He got the credit card under his grandmother’s name prior to leaving.

After returning to America in August 2013, he was arrested and charged with fraud. He was sentenced under a delayed sentencing program in Oklahoma for young offenders. He qualified for the program due to his lack of priors.

Hruby was ordered to undergo drug and alcohol awareness counseling as well as paying restitution, according to The Oklahoman.

Hruby detailed his European trip on his Facebook page, on July 1, he posted that he had arrived in London. Over the course of the next month he posted photos of himself in Paris and Rome.

4. Hruby Is a Political Science Student at the University of Oklahoma

On his Facebook page, Hruby writes that he is a political science major at Oklahoma in Norman. He also writes, “An up and comer from Oklahoma. Striving for the best life has to offer.” In addition, he was also a highly rated tennis player in Oklahoma during his high school years.

Among the other information on his Facebook page: He’s an aspiring male-model and volunteered at Duncan Regional Hospital. Hruby speaks of his time at the hospital and says he wants to become a plastic surgeon after college.

5. The Family Published a Local Newspaper

Memorial outside of The Marlow Review for owner John Hruby, wife Tinker and daughter Katherine. pic.twitter.com/GNAEI7yitS

The Hruby family all contributed in producing The Marlow Review, a local newspaper Marlow, Oklahoma. On the newspaper’s website, John Hruby is credited as the publisher. A statement on the paper’s site reads:

At this time, The Marlow Review asks the general public for prayers following the tragic deaths of John Hruby, our publisher, his wife Tinker, and their daughter Katherine. Our staff endeavors to continue to serve Marlow to the best of our ability going forward. Thank you.