Andrew Fryberg is the cousin of Jaylen Fryberg. Andrew was one of the victims of his cousin’s shooting rampage at Pilchuck High School in Marysville, Washington on October 26. After shooting Andrew, along with Gia Soriano, Zoe Galasso, Shaylee Chuckulnaskit and Nate Hatch inside the school’s cafeteria, Jaylen committed suicide.

1. Jaylen Texted Him to Make Sure He Would Be in the Cafeteria

According to the Snohomish Sheriff Ty Trenary, Jaylen texted his victims before the attack. He told them to meet him in the cafeteria at the time of the shooting. When his friends and cousins were seated at a table, Jaylen walked over to them and began shooting. Reports indicate that Jaylen was angry about his cousin’s relationship Zoe Galasso. A bitter tweet that Jaylen sent out in August 2014 declared that someone “wasn’t gonna like what happens next.”

2. He Had Surgery After the Shooting

According to the Seattle Times, Andrew had surgery on October 24, just hours after the shooting. He was then moved from Providence hospital to Harborview Medical Center in Seattle. Andrew Fryberg remains in serious condition.

3. He Had an Intense Relationship With His Girlfriend

Judging by the social media posts on Twitter and Facebook between Andrew Fryberg and Zoe Galasso had an intense relationship.

Like his cousin, Jaylen, he also says that he attends the University of Washington on his Facebook.

5. Like His Cousin, He Was Part of a Prominent Native American Family in the Region

Andrew was a member of the Native American Tulalip Tribes and lived in Tulalip Bay, Washington, about six miles from Marysville.

A prominent elder named Ray Fryberg is the tribes’ director of fish and wildlife. He was the subject of this 2012 feature: 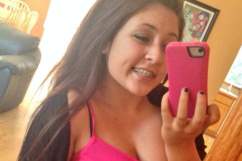