So schools evacuated. Some kid said he brought a Molotov cocktail. #centerschool #why

The Center School in Seattle has been evacuated after a student said he brought a Molotov Cocktail to the campus.

1. A Student Has Been Arrested at the School

16 y/o in custody after bringing an incendiary device to school in 300 blk Harrison St. School evacuating as a precaution. More to come.

The student is 16 years old and has been taken into custody. The boy was turned in by a classmate, according to KOMO reporter Jon Humbert. The Seattle Police later confirmed that there are no outstanding suspects in the incident.

2. Just 3 Days Ago, the Nation Was Shocked by the School Shooting in Marysville

We have no reports of any injuries at this point. According to Q13’s Kelly O’Connell, surrounding buildings including Seattle’s Children’s Museum have been evacuated. KOMO News reports that the evacuation is completely precautionary.

4. There’s Only 300 Students at Center School

The Center School is a small, arts-driven, high school in Seattle. There are just 300 students at the school. It’s located at 305 Harrison Street inside the Seattle Center complex.

5. Center School Has Come In for Heavy Criticism in the Past

The school is located within the Seattle Center complex. (Google Street View)

The school has come under criticism for perceived racial disparity. 83 percent of students are white while the entire Seattle School District is just 40 percent white. 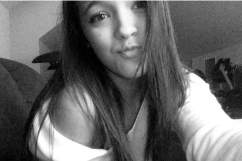 Loading more stories
wpDiscuz
1
0
Would love your thoughts, please comment.x
()
x
| Reply
The Center School in Seattle has been evacuated after a student said he brought a Molotov Cocktail to school. The explosive did not go off.