Cory Gardner is the new U.S. Senator in Colorado. He beat incumbent Mark Udall. The race was one of the few truly competitive races in the Senate elections, and could be key to determining which party will have Senate control.

The polls have swung both ways in recent months, though at the middle of October, Gardner was pulling slightly ahead.

1. He Was a One-Term Congressman

Gardner was first elected to the House of Representatives in 2010, defeating one-term Democratic incumbent Betsy Markey in a district that has historically leaned Republican.

He serves on the House Committee for Energy and Commerce, and supports both fracking and the Keystone pipeline. In his time in office, much of the legislation he has introduced has been focused on encouraging domestic energy production.

2. Deadspin Claimed He Lied About His High School Football Career

On Oct. 15, Deadspin published an article alleging that Gardner had lied about playing high school football and that he in fact had not.

Based off the football strategy mentioned in the lead to a Washington Post profile, a Deadspin reporter followed up on Gardner’s story of playing high school football in his small hometown of Yuma.

Dave McKenna spoke to an ‘authoritative source’ in Yuma about Yuma High School football and published a story under the tag ‘Liars’ claiming that the source denied seeing him on any high school team.

The campaign responded with proof of his time on the high school team and the source, when reached again, retracted all his claims. Deadspin issued a response called ‘How Deadspin F***ed Up the Cory Gardner Story’.

3. His Daughter Starred in His First Campaign Ad

Big City"It's time for a new generation of leadership in the Senate. Growing up in small-town Colorado, I learned that working together and respecting the views of others is necessary for success. Career politicians in Washington have been there far too long, and their failed ideas and policies have left our economy struggling, and countless Coloradans…2014-06-09T13:05:26.000Z

Gardner and his family still live in the small town of Yuma. According to his campaign website, he is a fifth-generation Coloradoan and lives in the same house his great-grandparents lived in.

His wife, Jaime, is the president of the Consumer Energy Education Foundation, a non-profit that aims to educate the public about traditional forms of energy production.

Together, Gardner and his wife have two children, 10 year old Alyson and 2 year old Thatcher. Alyson was featured in the above campaign ad, Gardner’s first in his Senate campaign.

4. He Pulled Ahead in the Race Toward the End of the Campaign 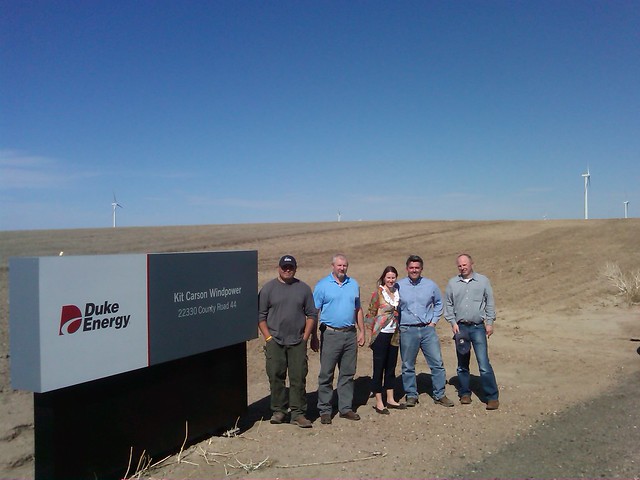 After being neck and neck for most of the race, the polls showed Gardner clearing a lead as the election drew nearer.

fivethirtyeight.com gave Gardner an 80% chance of winning, based on polls for the last month.

His campaign also picked up a rare newspaper endorsement of a Republican candidate, when the Denver Post Editorial Board announced Oct. 10 that they were supporting Gardner in the Colorado U.S. Senate race.

Citing the Senate’s inability to function and the need for “fresh leadership, energy, and ideas” that Gardner could provide, the editorial board said that “voters may be sensing it’s time for a change”.

Their endorsement also said that despite the fact they share many opinions with Udall, his “obnoxious one-issue campaign is an insult to those he seeks to convince”, referencing his efforts to tie Gardner to a ban on birth control.

5. He Was a Democrat at CSU

Although he has come into public view as a Republican, Gardner began his political life on the other side of the aisle.

He was an active Democrat in high school, and the Denver Post reports that he was involved with arranging for the then Governor, Democrat Roy Romer to visit Yuma High School in 1992.

He was a registered Democrat through his college years at Colorado State University, where he graduated with a degree in political science in 1997. He switched his voter registration in 2000, and at the time he graduated from University of Colorado College of Law in 2001, he was president of the campus Federalist society.