Darren Vann, a former U.S. Marine, has been named as the suspect in the murders of seven women in the towns of Gary and Hammond in Indiana. He was identified after the body of 19-year-old Afrika Hardy was found at a Motel 6 in Hammond on October 17.

He is 43 years old. After his arrest, Hammond Police Chief John Doughty said that Vann told cops that he “messed up” and was surprised to have been arrested.

Darren Vann previously lived in Austin, Texas, where he is a registered sex-offender. His crime was against a 25-year-old female in 2009 for which he was sentenced to five years in prison.

KEYE-TV reporter Lydia Pantazes tweeted that in that case Vann attempted to “strangle” his victim. He was released from prison on the 5 of July, 2013. According to KPRC reporter Jace Larsson, “Vann got some credit for time served before his sentencing”, explaining why he served less than five years.

The Chicago Sun-Times reports that Vann attempted to sue the prison for “mishandling” an incident relating to a confrontation he had while in prison in Marlin, Texas. The case was swiftly dismissed by a judge.

Carole Carlson of the Indiana Post-Tribune tweeted that Vann was arrested in 2004 for a residential break-in.

According to Carole Carlson, Vann divorced Maria Vann in 2010. Carlson adds that according to the court records in the divorce, he lived in Austin at the time. Heavy.com reached out to Maria Vann but her phone number has been disconnected.

The Chicago Sun-Times did manage to speak to her, and she told them that she was shocked that Vann was accused of such heinous crimes. The couple had no children but she said that her former husband had been very close to the couple’s goddaughter who lived with them for a period.

Vann most recently lived along here, in the 1400 block of East 50th Court in Gary. (Google Street View)

She said the couple were married between 1995-2011 but had stopped living together in 2000. She is 29 years older than him. Maria Vann said that they met in Hammond, Indiana, but moved to Texas and were married there after Darren Vann enlisted in the Marines. He was discharged from the service, honorably, and held odd jobs in Texas. According to the Sun-Times, the couple split because they were no longer compatible and Darren Vann liked to go out to clubs with friends. She hasn’t heard from him since 2008.

Her son, who wasn’t named, told the Chicago Tribune, that Vann had odd habits, “He was strange, he was weird.”

Vann’s brother, Reginald (shown here), told the media that Darren Vann was arrested at their sister’s home on October 18. (Facebook)

Vann’s brother, Reginald, told the media from his home in Gary:

3. 7 Bodies Have Been Found So Far, That Number Could Double

2 victims were found in this abandoned home on 43rd Avenue in Gary, Indiana. (Google Street View)

Hammond Mayor Thomas McDermott Jr. told the media that the suspect confessed to two murders in northwestern Indiana between 1994 and 1995. After being taken into custody, the suspect led police to more bodies around abandoned homes on 43rd Avenue in Gary, Indiana. There, cops found the body of Anith Jones on the night of October 18. She’s from Merrillville, Indiana, and has been missing since October 8. Her sister told The Post-Tribune, “She was a kind, loving woman. She was my favorite sister. She was everybody’s favorite aunt.” Previously, the same sister, Yolanda Nowell, had told the media that her sister was “very street savvy.” 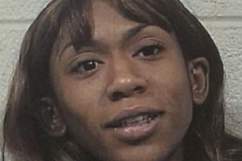 In total, he has led police to the bodies of seven women spread across four separate locations.

Hammond Police Chief John Doughty told the media that Vann’s alleged crimes “could go back as far as 20 years based on some statements we have. That has yet to be corroborated.” Some of the bodies found were badly decomposed.

Have police caught a serial killer operating in NW Indiana?Do police in northwest Indiana have a serial killer on their hands? Right now a 43-year-old Gary man is in jail, linked to the deaths of seven women across the state.2014-10-20T10:39:27.000Z

So far the victim’s names we know are:

The killer met at least one of his victims, Afrika Hardy, on the website, Backpage.com. It’s a website used primarily for hookers to meet potential clients. Police in Gary said that Vann met at least one other victim on the site. Hardy’s cousin told the Post Tribune that Hardy had just recently moved back to the Chicago-area. When the person who was facilitating the meeting between Hardy and Vann texted Hardy to make sure she was okay, the “facilitator” got “suspicious texts” back. The “facilitator” then went to the Motel 6 to check on Hardy. That person was the first person to find Hardy dead. That woman said that she saw Hardy in the room’s bathtub.

The Motel 6 where one of the victims, Afrikka Hardy, was found dead on October 17. (Google Street View)

Police in Indiana say that Vann told them that he strangled Hardy with a chord. Cops added that Vann used the name “Big Boy Appetite” when dealing with escorts. 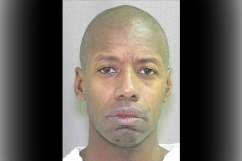 5. He Could Be Indiana’s Worst Ever Serial Killer

The state of Indiana has had a long history of serial killers. This history dates back to the 19th century when Belle Gunness came to the state from Norway and killed two husbands along with all of her children to obtain life insurance money. She’s believed to have killed more than 40 people in total during her life. She was never arrested or charged and died in 1908 a free woman.

More recently, between 1974 and 2003, David Edward Maust killed five people between Germany and U.S., including one victim in Hammond, Indiana. He committed suicide in an Indiana prison in 2006.

Read More
5 Fast Facts, Breaking News, Crime, Murder
Darren Vann has been named as the serial killer suspect in Gary and Hammond, Indiana. Vann lived in Austin, Texas, for some time and is a convicted sex offender.