The Motel 6 where one of the victims, Afrikka Hardy, was found dead on October 17. (Google Street View)

Police in Indiana have taken an “admitted serial killer” into custody. The apprehension comes as the bodies of seven women were found in different places around the cities of Gary and Hammond in Indiana. Cops say the man has admitted to one of the killings and directed officers to where they could find additional bodies. The suspect has not been identified.

1. The Suspect Is a Convicted Sex Offender

Police have not released much information about the suspect who is in custody. He has not been charged but according to NBC Chicago, he has confessed to the murders. We know that he’s 43 years old, was once convicted on a sex crime and lived in Austin, Texas, for some time. Gary Mayor Karen Freeman-Wilson told the media that the man lived in Indiana between 2004 and 2005.

2. At Least One of the Victims Was Strangled

2 victims were found in this abandoned home on 43rd Avenue in Gary, Indiana. (Google Street View)

WGN reports that one of the victims, 19-year-old Afrikka Hardy, was found strangled in a Motel 6 in Hammond, Indiana, on October 17. It was the evidence taken from that crime scene that led police to the suspect. The suspect then led police to two bodies found at an abandoned home on 43rd Avenue in Gary, one of those victims was named as Anith Jones. She’s from Merrillville, Indiana, and has been missing since October 8.

3. Afikka Hardy Met the Killer on the Website ‘Backpage’

The killer met at least one of his victims on the website, Backpage.com. It’s a website used primarily for prostitutes to meet Johns.

4. The Mayor of Hammond Used the News of the Arrest to Defend His Police of Racism Charges

In a Facebook post made on October 19, the mayor of Hammond, Indiana, Thomas McDermott, said news of the suspect’s apprehension should stop people from jumping on the “Hammond police bashing” bandwagon. He added that he felt the charges of brutality and racism against his officers were unfounded because they apprehended an unrelated murder suspect.

5. If Convicted, the Suspect Will be One of Indiana’s Most Prolific Serial Killers

The state of Indiana has had a long history of serial killers. This history dates back to the 19th century when Belle Gunness came to the state from Norway and killed two husbands along with all of her children to obtain life insurance money. She’s believed to have killed more than 40 people in total during her life. She was never arrested or charged and died in 1908 a free woman.

More recently, between 1974 and 2003, David Edward Maust killed five people between Germany and U.S., including one victim in Hammond, Indiana. He committed suicide in an Indiana prison in 2006. 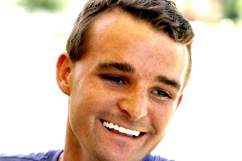 Read More
5 Fast Facts, Breaking News, Crime, Murder, Sicko
wpDiscuz
5
0
Would love your thoughts, please comment.x
()
x
| Reply
Police have a suspect in the strangulation of 7 women in the towns of Gary and Hammond in Indiana.