George Najjar, the head coach of the Sayreville High School football team, is facing a sexual hazing scandal by several of his players toward freshman. On Saturday, school officials announced that Najjar and his assistants had been suspended.

1. 7 Players Will Be Charged With Hazing and Sexual Assault

After a parent came forward with information provided by his son, seven Sayreville football players will be facing serious charges relating to hazing and sexual assault.

The man said his son told him a senior football player would begin howling before someone shut off the locker room lights. Then within the darkness, a freshman player would be pinned down by multiple players, then lifted to his feet while a finger was forced into his rectum, with the same finger, sometimes then placed into the victim’s mouth. This hazing was described as a regular occurrence in the locker room and accepted or generally tolerated.

Six Sayerville players were taken into custody by police on charges of sexual assaults on four victims, with the seventh player charged but not immediately being taken into custody. The students arrested ranged from 15 to 17.

The arrests were made a week after allegations of sexual assault and hazing were made, the arrests also happened to come on the night of the team’s originally scheduled homecoming game.

If convicted, those who were charged with aggravated sexual assault could face up to five years in a juvenile detention center. If they are prosecuted as adults, they face up to 20 years in prison.

2. Najjar is Unsure of His Future at Sayreville

A head football coach in Sayreville, N.J., is under fire in the wake of alleged hazing. http://t.co/pwLEBSuNDq pic.twitter.com/4hoaze9jiC

When asked about the hazing scandal by NJ.com, Najjar would not comment. Najjar said in regards to the hazing, “There will be a time and place when I have something to say, but now is not the time, I need to sit down with the administration.”

When asked if he would remain the school’s coach, he stated, “That’s a question I need to work out with the administration.”

New Jersey State Senator Stephen Sweeney, told NJ,com: “I have never been so disgusted in my life. You know, I played football, when you’d do things, you’d tape guys hands together, or tape their equipment together. Really, nothing to ever physically harm anyone. This is rape. This is penetration. Where and why and how someone thinks this is OK? It’s a complete disgrace.”

New Jersey Assemblyman John Wisniewski and state Senator Raymond Lesniak, did not see how Najjar could keep his job.

3. Sayreville Had Its Season Suspended

The season's canceled, but there's still football being played in Sayreville. http://t.co/XgqO4mjIPT pic.twitter.com/WFVX3x7SyF

After the information regarding the hazing was made public, Sayreville Superintendent Richard Labbe first canceled only one game, before canceling the entire season.

In an interview, Labbe stated, “I take responsibility for everything that happens in the school district. I’m responsible for the well-being of all the students in this district.”

You can watch an interview with Labbe, regarding the situation here.

4. Some Sayreville Parents Have Claimed This is the Media Skewing the Truth

Reactions from parents have been mixed. Some are in full support of the canceled season, while others feel the entire team shouldn’t be punished for the actions of a few.

Curtis Beckham, a parent of varsity player told NJ.com: “It’s bogus, they’re holding the kids accountable and not holding the coaching staff and the teachers accountable. I don’t think what they’re doing is fair. A lot of the students who are innocent, they’re suffering.”

There is even a Facebook page, Support Coach Najjar & The Sayreville Bomber Football Program, with a post originally stating, “If you are on this page for any other reason than the title describes, then leave. Don’t believe everything the media tells you, they’re looking for a story not the truth. There is no room for negativity here. If you do not support the Bombers you are not welcome.” But has since been taken down.

You can watch one of the parents, speak against the cancelled season by clicking here.

5. The Sayreville Bombers Have Made the Playoffs the Last 20 Seasons

Along with making playoffs for the last 20 years, under Najjar, who has coached the team for two decades, he has lead the Bombers to three state sectional titles in the past four years. 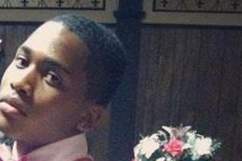