An Alabama pastor told his flock during a sermon that he has full blown AIDS and, despite knowing of his HIV infection for years, continued to have sex with numerous parishioners. In further bombshells, Reverend Juan McFarland of the Shiloh Missionary Baptist Church in Montgomery revealed his cocaine abuse and the embezzlement of church money. Even so, he was allowed to preach for two more Sundays before church deacons finally yanked him from the pulpit.

1. One of His Partners Is Being Tested for HIV

In September, McFarland told the parishioners at Shiloh Missionary Baptist Church that he had AIDS. He described how he was diagnosed with AIDS in 2008 and HIV in 2003.

WSFA News reports a member of the flock saying, “The church was very accepting of Reverend McFarland and was willing to help in any way possible.” It isn’t known if McFarland told his sexual partners that he had AIDS, although one woman he was with is being tested.

Al.com reports that McFarland isn’t taking medicine for his illness.

In addition to divulging his AIDS diagnosis, McFarland told his followers that he was a cocaine user.

2. He Had Sex With Parishioners Inside the Church

On October 5, McFarland was finally voted out of the church by his deacons. This was after he continued to preach from the pulpit for two more Sundays after his initial confession.

A deacon at the the church, Nathan Williams, told Al.com:

He concealed from the church that he had knowingly engaged in adultery in the church building with female members of the Shiloh Missionary Baptist Church while knowingly having AIDS.

On the same day, there was reported fighting at the Shiloh Baptist Church among parishioners to the extent that Montgomery police had to be called. The fighting was between pro- and anti-McFarland camps.

The day after he was fired, Al.com reported that McFarland and some his supporters changed the locks at the church.

3. He Led His Flock at the Baptist Church for 23 Years

According to his profile on the Shiloh website, McFarland was elected pastor of the church in 1990 after the previous leader retired. Three years into his term, he moved the church to its current location on Cramer Avenue, close to the Alabama Capitol Building.

In addition to his role locally, he is also the moderator with the Alabama Middle District Baptist Association. In the video above, watch him deliver a sermon in March 2014.

4. He Pilfered Church Coffers to Pay for Bogus Business Trips

5. Hiding STDs From Sexual Partners Is a Crime in Alabama

Some followers in the church want charges brought against McFarland. Laws in Alabama dictate that it’s illegal to sleep with someone while you have an STD without disclosing it, even if you don’t infect them. The crime is classified as a “class C misdemeanor,” punishable by up to three months in jail. 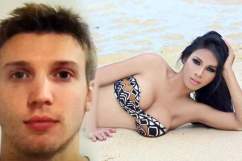