Embattled Secret Service head Julia Pierson has resigned after less than two years in the position, amid heavy scrutiny over glaring security breaches.

1. She Just Had a Disastrous Appearance Before Congress

The day before her resignation, Pierson testified before the House Committee on Oversight and Government Reform, where she was blasted by several Congressman over recent security breaches. She told Bloomberg she resigned because “I think Congress has lost confidence in my ability to run the agency. … It’s painful to leave as the agency is reeling from a significant security breach.”

On September 19, a veteran suffering from post-traumatic stress hopped the White House fence, made it all the way through the unlocked front door, and wasn’t tackled till he reached the East Room. He was armed only with a pocket knife, but was a trained Army sniper who had ammunition in his car and had recently been pulled over with weapons in his car. 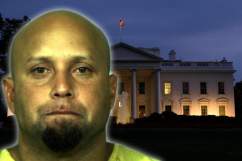 This sparked renewed scrutiny of the Service, which led to another revelation of recent incompetence.

On September 16 at the Centers for Disease Control in Atlanta, where President Obama was visiting to discuss Ebola, an armed security contractor with three prior convictions for assault and battery was allowed to ride an elevator with the president. It was only after the contractor refused to stop videotaping the president with his phone that Secret Service questioned the man and ran a background check.

Prior to Pierson’s appointment as Secret Service director, on November 15, 2011, a gunman pumped seven bullets into the White House with a rifle. While an arrest was made the next day, it took the Secret Service four days to realize the White House had been hit — and only because a housekeeper discovered a damaged window.

2. Pierson Has 30 Plus Years in the Secret Service

Pierson has been with the agency since 1984, when she started as a special agent. Read more about here career here: 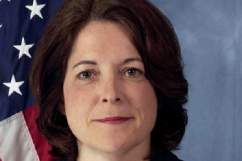 3. She Was Brought in to Clean up the Secret Service After a Hooker Scandal

Her predecessor, Mark J. Sullivan, resigned in February 2013 after 13 years on the job. Pierson was appointed in March 2013 and lasted just 18 months. 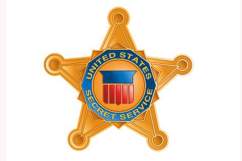 Julia is an Orlando native, who began her career as a parking lot attendant, watercraft attendant, and in costume parades at Disney World Orlando.