Red Bull doesn’t “Give You Wings,” but it will “Give You $10.” Due to a pretty weird lawsuit fallout, Red Bull must pay out a total of $13 million to its customers. The company lost a class action suit over claims made on the drink’s cans about performance, reaction speed and concentration, according to an article on Law 360.

There’s also a website where you can supposedly claim the prize, Energydrinksettlement.com, but it’s “under construction.”

Anyone who has purchased Red Bull since 2002 is eligible. However, there’s no proof of purchase required to make your claim. 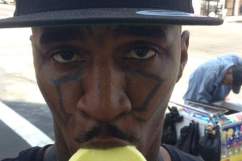 Read More
Breaking News, Red Bull
Follow Heavy ↓
wpDiscuz
0
0
Would love your thoughts, please comment.x
()
x
| Reply
Red Bull doesn't "Give You Wings" but it will "Give You $10."