A rendering of what Sabrina Allen may look like now. (Screengrab via My Fox Austin)

Sabrina Allen has been missing for 14 years. On September, she was rescued in a top secret US mission into Mexico where Allen was being held captive. The mission was a joined effort between the FBI, U.S. Marshals and Mexican agents.

Sabrina Allen pictured around the time she was kidnapped. (Handout)

Sabrina Allen was found in a town close to Mexico City. In April 2002, Sabrina was kidnapped from Austin, Texas, when she was just 5 years old. She is now 17. On April 21, 2002, Sabrina’s mother, Dara Llorens, was due to surrender custody of her daughter to her ex-husband, Sabrina’s father, Greg Allen. She never did.

According to Find Sabrina, investigators believed she was in either Mexico or New Mexico.

2. Her Mother Has Been Charged With Kidnapping

Her mother, Dara, who was always thought to have kidnapped Sabrina, was also found and arrested. She is facing aggravated kidnapping charges. Dara Marie Llorens did not have custody of her daughter when Sabrina vanished in 2002. Dara had been wanted by the FBI in relation to Sabrina’s disappearance.

According to KXAN, Dara is being held in Travis County jail in Texas in lieu of $300,000 bond. Private investigator Philip Klein told KVUE that Dara and Sabrina were flown to Houston on September 30.

3. There Hasn’t Been a Sighting of Sabrina in 11 Years

Allen was last seen in 2003 in Mexico City, a year after she went missing. In that instance, Allen and her mother escaped authorities. In June 2003, police in Mexico surrounded the home where Sabrina was believed to be, though Dara had already fled the home at that stage.

Around the time of this incident, police found that Sabrina had been attending school in Mexico under the name Blanca Aurora Fabian Uribe. Sabrina was “unhappy and neglected” according to a Find Sabrina webpage. Dara told officials at the school that she was having financial trouble.

This just made my day! I went to day care with this little girl, she was such a sweetheart. I am so beyond happy they found #SabrinaAllen ❤️

4. Her Mother Is Suffering With Mental Problems

According to the Find Sabrina webpage:

The page adds that Dara walks with a limp and has surgery scars on her legs.

In March 2013, My Fox Austin reported that Sabrina Allen’s father, Greg Allen, believed Dara, Sabrina’s mother, was dead. According to Fox 7’s Rudy Koski, Greg has not yet had a reunion with his daughter. Greg Allen did release a statement:

I am overjoyed that Sabrina has been found alive and is safe. Our entire family would like to thank the investigators that made this happen. Our prayers go out to the Mexical Federal Police Officer who was injured. We also would like to thank the Mexican Government for their cooperation in this case. Last, a heartfelt thank you to the USFBI, US Marshals, and all of the investigators that have worked this case for the last 12 years. They never gave up. We look forward to being reunited very soon.

I want to find her. I want to see her again. She needs to know she has a family that loves her. I can’t just give up on her. I mean, you know, robbed is certainly a good way to look at it. 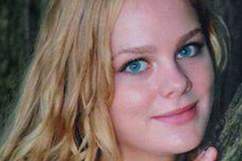