After spending over one week in a hospital in critical condition, infamous cult leader Charles Manson has died. The 83-year-old died of natural causes at a hospital in Bakersfield, California at 8:13 p.m. local time, the California Department of Corrections and Rehabilitation said in a news release.

Manson, who was convicted of numerous murders and conspiracy, was previously wheeled into the medical facility by police officers and had “just a matter of time” before he died.

In 2014, Manson was engaged to get married to Afton Elaine Burton, a devoted groupie. Burton, 29, aka “Star,” was initially issued a marriage license to wed Manson, who was serving a life sentence at a California prison.

Here’s what you need to know about Burton and Manson:

1. Manson & Burton Had to Get Married Within 90 Days, but Their Marriage License Expired

Burton and Manson were issued a marriage license on November 7, 2014, and were required to marry within 90 days in order for it to be official. The two grew closer over the years even though Manson wasn’t initially allowed conjugal visits. When they announced they were going to get married, officials allowed up to 10 outside guests to attend their wedding and one person to officiate the ceremony.

Originally, Manson claimed the two were not getting married. In a 2013 interview he said, “That’s a bunch of garbage, that’s trash. We’re playing that for public consumption.” But Burton was ecstatic and open about the prospect of marrying Manson. She claimed the two would be married within a month of the license being granted, but that never happened, as it expired.

“I’ll tell you straight up, Charlie and I are going to get married,” Burton said at the time in a Rolling Stone profile. “When that will be, we don’t know. But I take it very seriously. Charlie is my husband…My parents like Charlie. We were just talking and they said, ‘If Charlie gets out, you guys can come stay here. You could stay in the basement for a while, and you could maybe build your own little house down by the creek.'”

According to a Daily Mail article from earlier this year, Burton called off their engagement but still considered Manson a “close friend.” The Daily Mail article said that Burton only wanted to marry Manson so she could take possession of his corpse when he died and use it to profit. However, she and her parents had denied those claims, with her father, Phil, saying that the wedding was called off because of several complications with the scheduling of the event, which led to the license expiring and the marriage being called off.

Other reports say that Manson found out about Burton’s plan after his death, and he was the one who called things off.

2. Burton Was a Teen When She First Contacted Manson &Amp; Moved to California to Be Closer to Him

At 16-years old, Burton took note of Mason and his history and tried to make contact with him at the prison. She said her desire to do so started when she read about ATWA, Manson’s environmental philosophy that stands for air, trees, water and animals. She claims she initially wasn’t aware of Manson’s status as a mass murderer.

“It’s the life on the planet, you know,” she said during a 2014 interview with CNN. “The Earth is a rock and everything else on it is ATWA.”

During a 2015 interview with Inside Edition, Burton said she was working at a McDonald’s in Illinois when she started writing him. She lived there for over a decade, but had moved just outside of the prison Manson was being held at in Central California so she could see him twice per week. She was allowed to visit him on Saturdays and Sundays for up to five hours at a time, but prison officials limited their physical contact. They were only allowed to hug each other at the beginning and end of meetings.

“We talk about anything and everything, you know, like what’s going’ on today — who’s doing what,” she said in the CNN interview. “I try to help him file papers and stuff like that.”

When she was 19, Burton said she started continuously visiting Manson and wrote blog posts declaring Manson’s innocence while also promoting his environmental opinions.

In an interview with Rolling Stone, Burton acknowledged the fact people may think she’s crazy, but that didn’t faze her.

“Yeah, well, people can think I’m crazy, but they don’t know,” she said in the profile article. “This is what’s right for me. This is what I was born for.”

For some time, Burton ran a blog Release Charles Manson Now, which was a project she coined in an effort to fight for his release during a 2012 parole hearing.

“It is for RIGHT NOW, a show of support,” a description of the blog said. “There is, in reality, multiple thousands of people who believe in what Manson stands for, and who know he has been wronged. We must let our numbers be known to the world. These letters are a valuable show of support that will improve Mansons’ situation.”

The blog urged people around the world to send letters of support to a P.O. box in California with the intent of presenting them at his 2012 parole hearing. Below are some of Burton’s comments on the blog:

Burton also ran a YouTube channel where she promoted pro-Manson websites and messages.

Burton said that whenever they inevitably got married, she’d be able to access additional evidence to help prove Manson’s innocence. However, all of Manson’s attempts to be granted release were denied at parole hearings.

"Charles Manson wedding off after it emerges that fiancee Afton Elaine Burton 'just wanted his corpse for display." pic.twitter.com/OvVJhPDcsK

When Burton and Manson met and forged a relationship, he nicknamed her “Star,” and she called herself the name ever since.

It’s been noted that Burton resembled Manson Family member Susan Atkins, also known as “Sexy Sadie.” She was incarcerated for the role she played in the Tate-LaBianca murders. Burton, however, stated in a Rolling Stone interview regarding Atkins, “That b***h was f***ing crazy, she was a crazy f***ing whore. ‘Oh Charlie, I did this for you.’ She didn’t know what she was doing.” 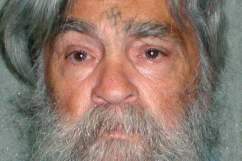 5. Burton Came From a Deeply-Religious Background

Burton grew up near St. Louis in a devout Baptist family. She said that when she was young, her parents often locked her inside of her room and kept her from her friends. She further claimed to Rolling Stone that during that span: “I was smoking marijuana, eating mushrooms, not wanting to go to church every Sunday.” It was during her high school years that a friend introduced her to Manson’s environmental writings, and she initiated contact with him. When she moved to Corcoran to be closer to Manson, Burton said she saved $2,000 to move there after she worked in a retirement home kitchen.

In an email to the Daily Mail, Burton’s father denied his daughter’s claims that they secluded her.

“We have not, we are not going to and we never will, no matter what she does in her life, disown our daughter,” Phil wrote. “I love my kids more than life itself. I love my daughter, my wife loves my daughter and I know she still loves us.”

Phil also told the Daily Mail, regarding Burton’s claims about being locked away, “I’ve never in my life ever locked any of my kids in their rooms. I consider myself to be strict by today’s standards. But I honestly don’t know where all that stuff came from. Is it her perception? I don’t know.”

Star’s relationship with her family is fairly positive, according to various reports. But in recent years, Phil said he and his wife wouldn’t attend the wedding or welcome Manson into their family if their marriage ever were to go through.