The grand jury, consisting of six white men, three white women, two black women and one black man, was set up to determine if there was probable cause to charge him with a crime in relation to the shooting. St. Louis County Prosecutor Bob McCulloch made the announcement on the night of November 24.

It has just decided not to indict him for any crime.

Here’s what you need to know about Darren Wilson going free:

1. It’s Been Said That a Prosecutor Could Get a Grand Jury to ‘Indict a Ham Sandwich’

Grand juries are tasked with determining if there is probable cause to indict someone with a felony and are meant to prevent someone against whom there is no credible evidence being put through a lengthy trial.

In practice, the grand jury process overwhelmingly favors the prosecution, as no defense evidence is presented.

Judge Sol Wachtler famously said that a prosecutor could get a grand jury to “indict a ham sandwich,” describing the power the prosecutor has over the jurors and the tendency of grand juries to err heavily on the side of trial.

For example, to illustrate the rarity of grand juries failing to indict, this article on lawcollective.org cites a striking federal statistic:

… in fiscal year 2000, federal grand juries voted to indict a total of 59,472 suspects and chose not to indict 29 suspects — only one out of every two thousand suspects was left un-indicted.

2. Wilson Says He Acted in Self-Defense

The basic facts of the case — that Wilson shot and killed an unarmed Brown — have never been disputed by either side. However, Wilson’s case is that he shot Brown after an altercation in or nearly in his car that made Wilson fear for his life, and Brown’s family claims that the evidence shows that Brown was far from the car and trying to surrender when he was shot.

The conflict, and the decision that the grand jury had to make, hinged on the details of the interaction between the two after Wilson stopped Brown on August 9, and whether he plausibly acted in self-defense when he shot Brown.

Depending on how the grand jury interpreted the sequence of events, Wilson could have been charged with anything from first-degree murder to involuntary manslaughter.

First-degree murder would require the prosecution to provide probable cause that Wilson killed Brown after a period (however short) of consideration.

Manslaughter charges, whether voluntary or involuntary, were unlikely, as Wilson had the obvious intent to shoot Brown, the question being whether this was justified in the eyes of Missouri law.

3. Despite His Exoneration, Wilson Will Likely Resign From the Department 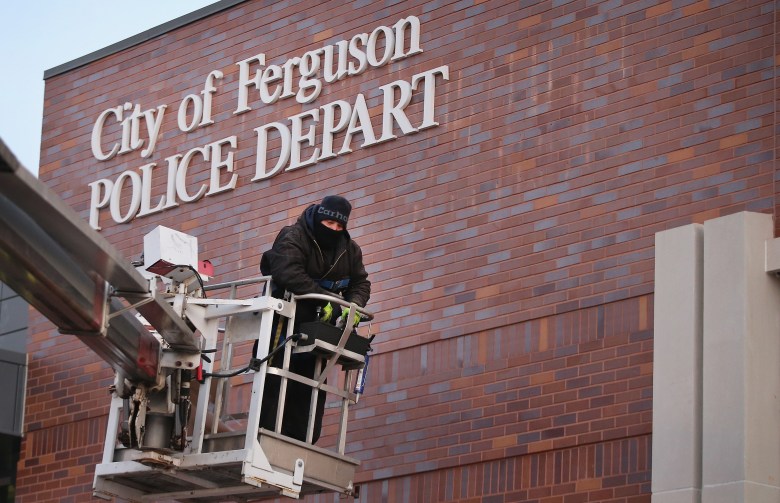 Vinny Casalotta hangs a sign on the wall of a new addition to the police station on November 20, 2014 in Ferguson, Missouri. (Getty)

Even before the announcement from the grand jury, Wilson had been in talks with the Ferguson Police Department to resign from his position.

An earlier CNN report said that Wilson was in the “final stage” of talks with the Ferguson police department to resign.

He reportedly did not want to resign when the grand jury was still deliberating, to avoid the appearance of guilt. Wilson has always maintained that he is innocent of any wrongdoing.

In addition to possible criminal charges, Wilson was also being investigated by a federal civil rights probe.

Attorney General Eric Holder said in August while visiting Ferguson that the federal government would open a civil rights investigation into the fatal shooting of Michael Brown.

It was widely reported in late October that this investigation would not be able to prove the high level of fault needed to bring about civil rights charges.

The Washington Post reports that an anonymous inside source said, “The evidence at this point does not support civil rights charges against Officer Wilson.”

Justice spokesman Brian Fallon said in late October that the case remained open: “This is an irresponsible report by The Washington Post that is based on idle speculation.”

5. Wilson Grew Up in a Troubled Home & Became a Decorated Policeman 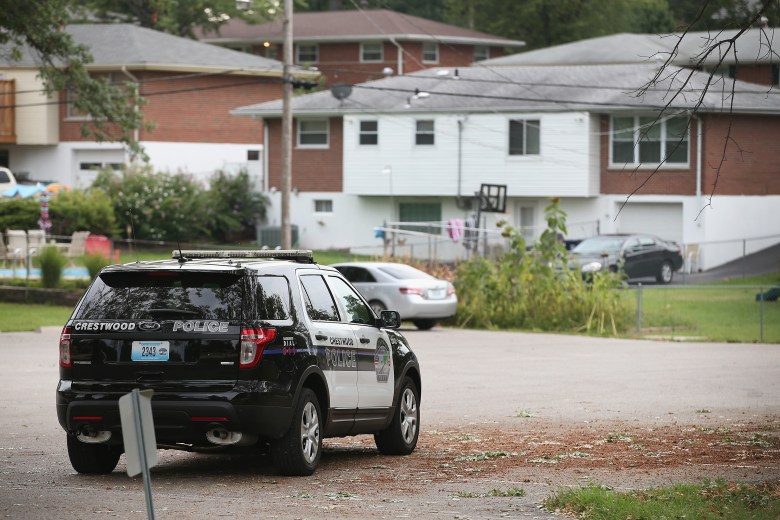 Wilson had a difficult childhood. His mother was convicted of stealing by deceit and forgery, stealing from neighbors. She then passed away when he was still in high school, leaving Wilson under the guardianship of a stepfather for the remainder of his teenage years.

Wilson’s law enforcement career began in Jennings, Missouri, a small city near Ferguson. He was on the force there for two years, during which time he appears to have been a competent and unremarkable police officer.

He then moved to the Ferguson police department, where he worked for the past four years. He received a department award for “outstanding police work” in February 2014 for a situation where he stopped a man and seized the large quantity of marijuana the man had on him.

He lived in Crestwood, Missouri, with his wife, Ashley Brown, until they were divorced two years ago. He now appears to live with Barbara Spradling, a fellow Ferguson police officer.

He left his home very shortly after the shooting on August 9, and his whereabouts have not been widely known since. It is unclear whether he plans to return to his Crestwood home after the grand jury’s decision to refuse to indict him for any charges.

Loading more stories
wpDiscuz
1
0
Would love your thoughts, please comment.x
()
x
| Reply
Darren Wilson has not been indicted by the grand jury in Ferguson in relation to Mike Brown's shooting death in August.