Jason Carter, grandson of former-President Jimmy Carter, spent over two years in the Peace Corps in Africa, when he returned in 2001, he moved back to his native Georgia and married his college sweetheart Kate Lewis. Now, as he vies to continue his family’s political tradition in Georgia in Georgia’s gubernatorial race, he’s got the support of a very smart, very respected woman.

1. They Met While They Were Students at Duke

In a 2002 Duke Magazine article, it explains that Jason Carter first met Kate Lewis on the university campus in 1999. She was a first year student at the time. The same piece goes on to say that the couple soon began dating and in 2001, they were married in Duke Chapel. He told the campus magazine:

I was super smooth. I volunteered to show her the Gardens.

This is Jason Carter and I'm calling to make sure you're planning on voting tomorrow. #GeorgiasReady pic.twitter.com/P1d3BQfCWB

According to an online profile, Carter graduated from Duke with a bachelor’s in English. The Gainesville, Florida, native then went to Columbia in New York City where she got a masters in Journalism. From there she went to work for the Athens Banner-Herald and for her investigative reporting of the local school district, she won “numerous awards.” For a time she was the editor of the Atlanta Business Journal and she lectured in journalism at the University of Georgia. Prior to joining her husband’s campaign for Georgia governor, she was a high school teacher at Grady High School.

Her first teaching experience came while she taught English in the Dominican Republic.

3. Her Students Didn’t Want Her to Leave

In March 2014 when Kate announced she was leaving her teaching job to join her husband’s campaign, the students at Grady High made this touching video. The Atalanta Journal Constitution commented on the video saying “she ought to be the one running.”

Despite that her husband, in his capacity as a state senator in Georgia, chose not to back anybody in the Democratic race for Senate District 42, the Atlanta Journal-Constitution reports that Kate Carter robo-called prospective voters on behalf of a candidate.

The Atlanta Magazine reports that Kate and Jason live in Candler Park, Georgia, together. They have two sons, Henry, born 2006, and Thomas, born 2008. They told the magazine that the couple do not let their kids watch TV, one benefit being that they don’t get to see the attack ads directed at their dad.

Enjoying some family time at @ManuelsTavern to end day 5 of the #GeorgiasReady Bus Tour. pic.twitter.com/b8Q3dmNwrg 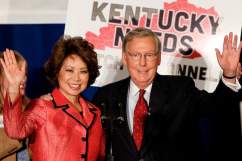 Loading more stories
wpDiscuz
0
0
Would love your thoughts, please comment.x
()
x
| Reply
Kate Carter is the wife of Jason Carter who is running for the Governor of Georgia. She's a high school teacher who was a journalist at the Athens Banner-Herald.