In one of the most horrific crimes imaginable, Jillian Meredith McCabe is accused of throwing her 6-year-old son to his death off a 130-foot bridge in Newport, Oregon. Little London McCabe was found dead in the water on the night of November 3. Jillian, 34, was arrested the same night.

According to a February 24, 2011, Facebook post from Jillian’s husband, titled “London is officially autistic, their son suffered from “severe autism.” In the post, Matt McCabe wrote:

We have tried to avoid placing too much information about London on Facebook, but I wanted to share with friends/family that London was officially diagnosed today as “Severely Autistic.”

It has been a long, winding road and it has finally lead us to a point of understanding. At first we thought London was not developing due to recurring ear infections which resulted in a lack of hearing and therefore, we had ear tube surgery. London did not improve developmentally, but we did see a complete cease of ear infections. Due to London not hitting developmental milestones, we started early intervention at The Frankton School. London has three specialists; he sees a speech therapist, an early interventionist and an occupational therapist.

Lately, we have been meeting with home nurses, specialists and therapists while we were pursuing London’s official diagnosis.

Thanks for everyone’s patience and understanding during this time. We’ll be investigating next steps. It’s daunting, for sure.

Below is a video of London singing to himself in April 2014. His father shared it on Facebook.

KATU reports that London was a student at the Kindergarten of Crestview Heights School in Waldport, Oregon.

The Yaquina Bay Bridge has a 130-foot drop to the water. (Google Street View)

Jillian McCabe, of Seal Rock, Oregon, called 911 around 6:25 p.m. on November 3, telling police she had heard voices who told her to throw her son to his death. About four hours later, London’s body was found floating in the freezing waters beneath the Yaquina Bay Bridge after an exhaustive search by the U.S. Coast Guard, reports KATU.

Jillian is facing charges of aggravated murder and first-degree manslaughter, reports KGW. Her bail has been set at $750,000. London’s cause of death has not been revealed.

On her husband’s Facebook page, Jillian announced that he had been diagnosed with multiple sclerosis in November 2013. She set up an online fundraising campaign, which reached $7,000 of a $50,000 goal. In the video above you can see Jillian and her husband expressing their gratitude to those who donated.

Matt is an amazingly selfless person; such a loving husband and father and never complained about working so hard to get us by. Seriously, he would get up early at 5am, work on his side projects, take a shower and then go to work for a full 8 hours, then come home, play with London, spend time with me and then go back to his side business projects.

4. Jillian Was in the Process of Separating From Her Husband

In a blog post from May 2014, Matt McCabe wrote that he and his wife were still “together” but no longer living under the same roof. He wrote:

Some of you “know” and some of you don’t. Jillian and I are living apart right now. Life happens. We are still “together” but living apart. This has been very difficult, but life is unique, right?

In earlier posts, Matt McCabe wrote that he works in marketing.

5. The Bridge Has Become a Shrine to London

We just drove over the Yaquina Bay Bridge. People tied balloons to the bridge. Saw a sign: God has another angel." #LiveOnK2 #londonmccabe

The bridge from which London fell to his death, the Yaquina Bay Bridge, has become a shrine to the child. The bridge, one of the most famous along the Oregon coast, is located about 125 miles south of Portland. 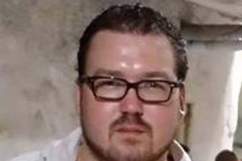 Loading more stories
wpDiscuz
9
0
Would love your thoughts, please comment.x
()
x
| Reply
Jillian McCabe is accused of throwing her autistic son, London, 6, off of the Yaquina Bay Bridge in Oregon. The boy was found dead in the water a few hours later.