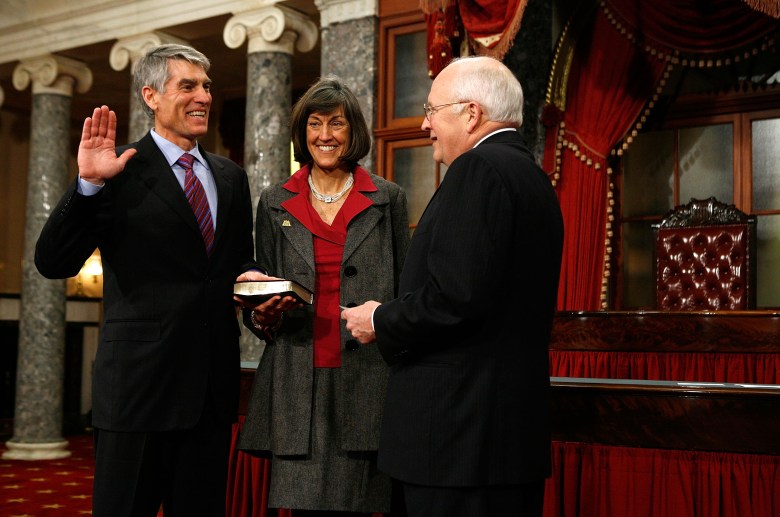 Udall is accompanied by his wife, Maggie Fox, and then-Vice President Dick Cheney during a mock swearing-in on Capitol Hill in January 2009. (Getty)

Maggie Fox is the environmental lawyer and activist married to Senate incumbent Mark Udall in Colorado.

The race, between Udall and U.S. Representative Cory Gardner, is a tight one, and could be key to determining which party has control of the Senate.

His wife has been active in the campaign – here’s everything you need to know about her:

1. She Is an Active Conservationist and Activist 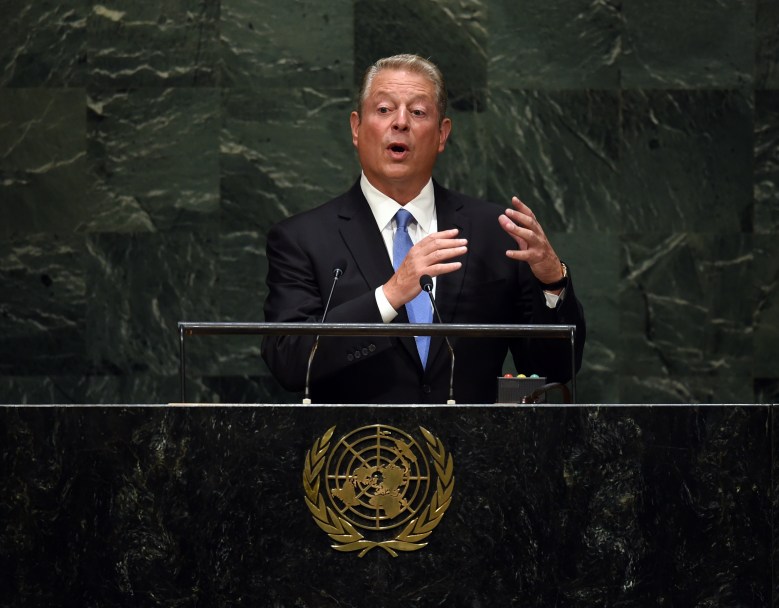 Al Gore, Chairman of the Climate Reality Project speaks during the Climate Change Summit at the United Nations. (Getty)

She has been involved heavily with both environmental and women’s issues throughout a long career.

She then began her career as a teacher and community organizer on Navajo and Hopi reservations, and in Outward Bound schools.

She just stepped down from her position as CEO of the Climate Reality Project, a non-profit founded in 2006 by Al Gore and which focuses on climate change education and challenging the denial of campaign change.

She also worked for the Sierra Club for 20 years, serving as five years as its Deputy Executive Director.

2. They Met While Working at Outward Bound 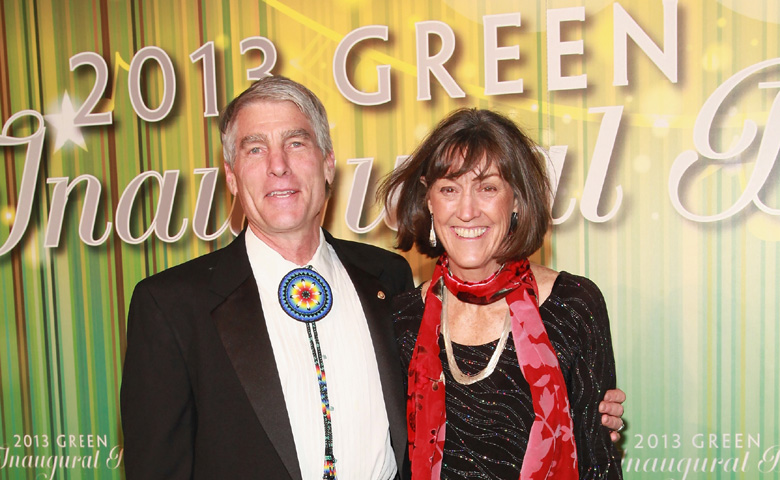 Both Udall and Fox worked at Outward Bound at the beginning of their careers.

Both are keen mountaineers and climbers, and led expeditionary trips for the organization in Colorado.

They married in 1982 and now live in Eldorado Springs, Colorado. In an article discussing his decision to support same-sex marriage, Udall called their wedding day, “one of the happiest of (his) life.”

3. They Have Two Children 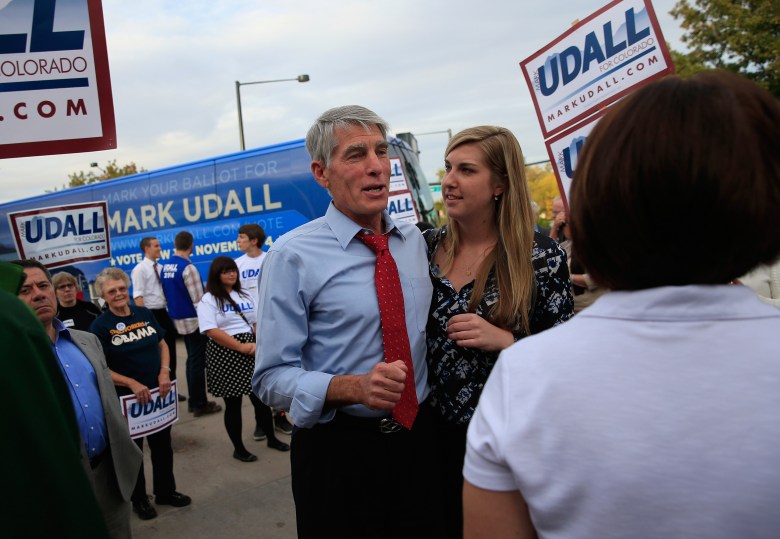 Tess Udall accompanies her father at a campaign rally in Denver on October 15. (Getty)

The couple have two adult children.

Tess, 24, played volleyball at UVA and is working on her father’s campaign.

Jed, 27, is currently in drug treatment after a drug and burglary charge earlier this year. Fox accompanied her son to court, and Mark Udall released a statement saying, “Maggie and I are deeply distressed to learn of our son’s arrest. We love our son and stand with him in his commitment to getting the treatment he needs.”

4. She Appeared in a Leonardo DiCaprio Video

Fox appeared in a video called “Carbon” created by the Leonardo DiCaprio Foundation and narrated by the actor.

She appeared in the capacity of her position as CEO of the Climate Reality Project. The director of the film, Leila Conners, said, “We must move toward renewable energy and to create a real solution, hopefully well before the COP 21 in Paris in 2015.”

5. She Has Led a ‘Red Boots’ Tour for Udall’s Campaign

Fox has been heavily involved in her husband’s campaign, leading the ‘Women for Udall’ movement.

The ‘Red Boot Tour’ sprung out of the gift of a pair of red boots from Udall to Fox, which she says then became a ‘good luck charm’ for the 2008 campaign.

During this campaign, she has traveled around the state wearing the red boots at events and campaign stops to symbolize, she says, that “when women come together, we do our critical work in a spirit of fun, even a touch of sass.”